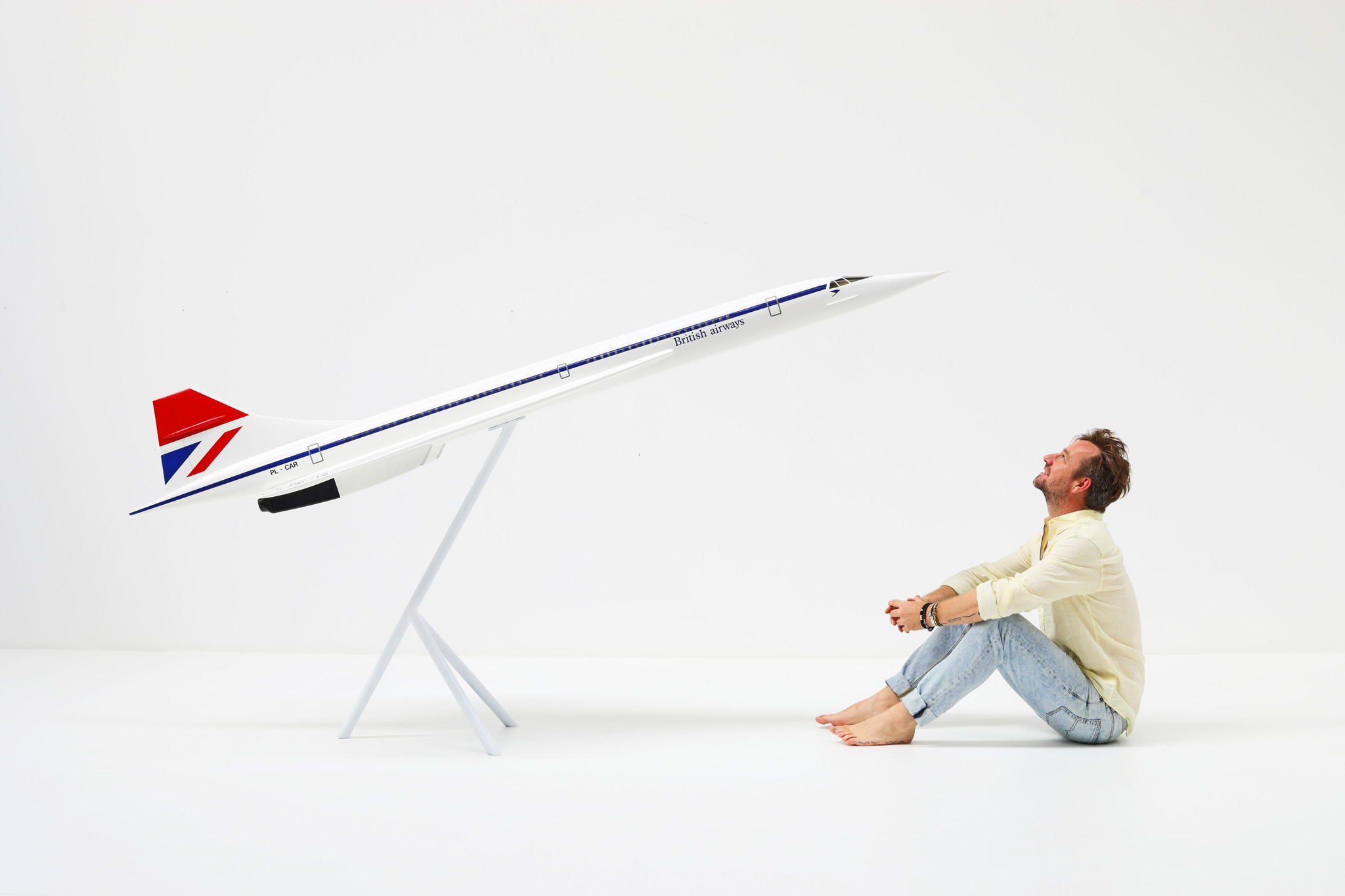 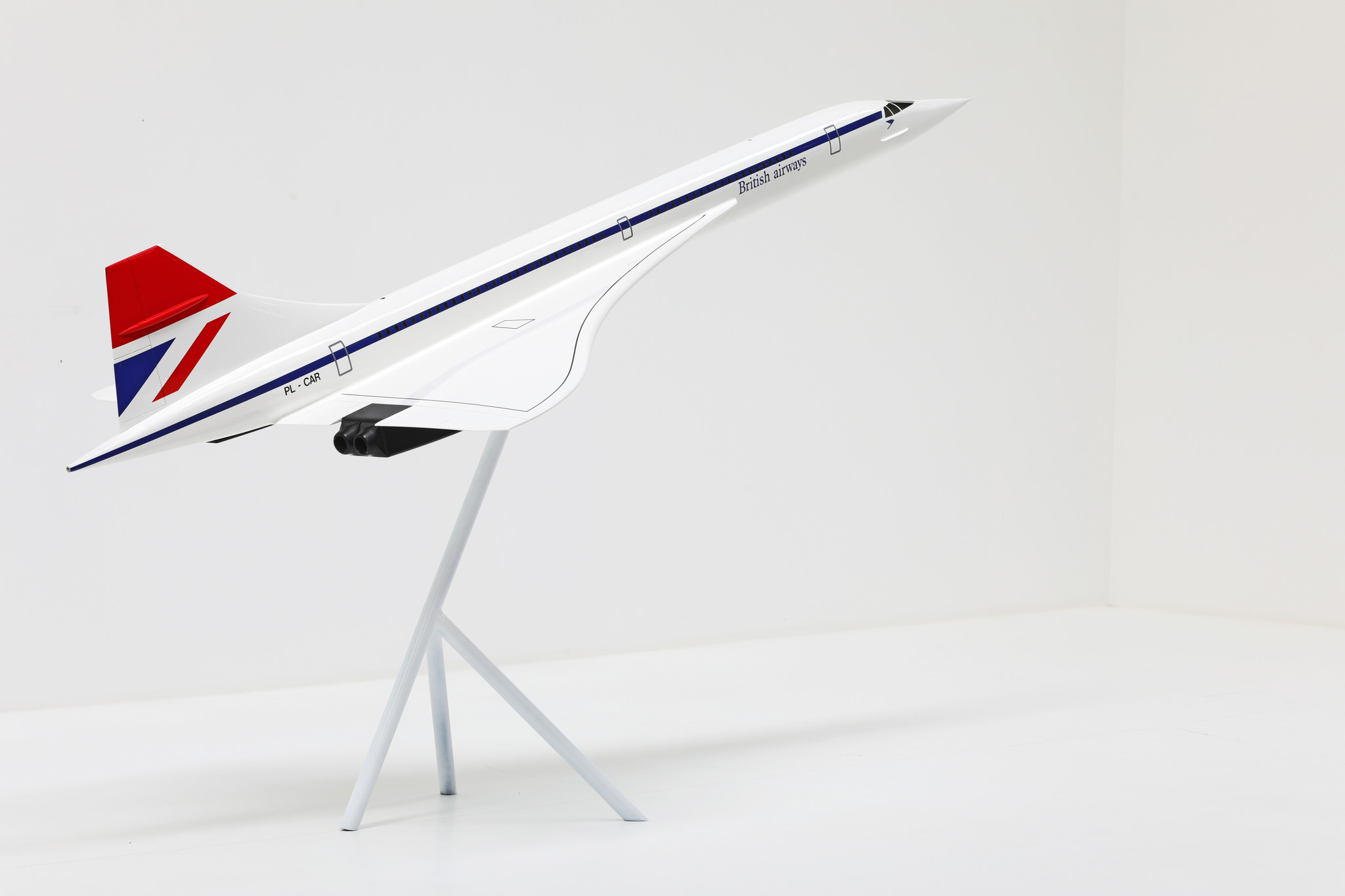 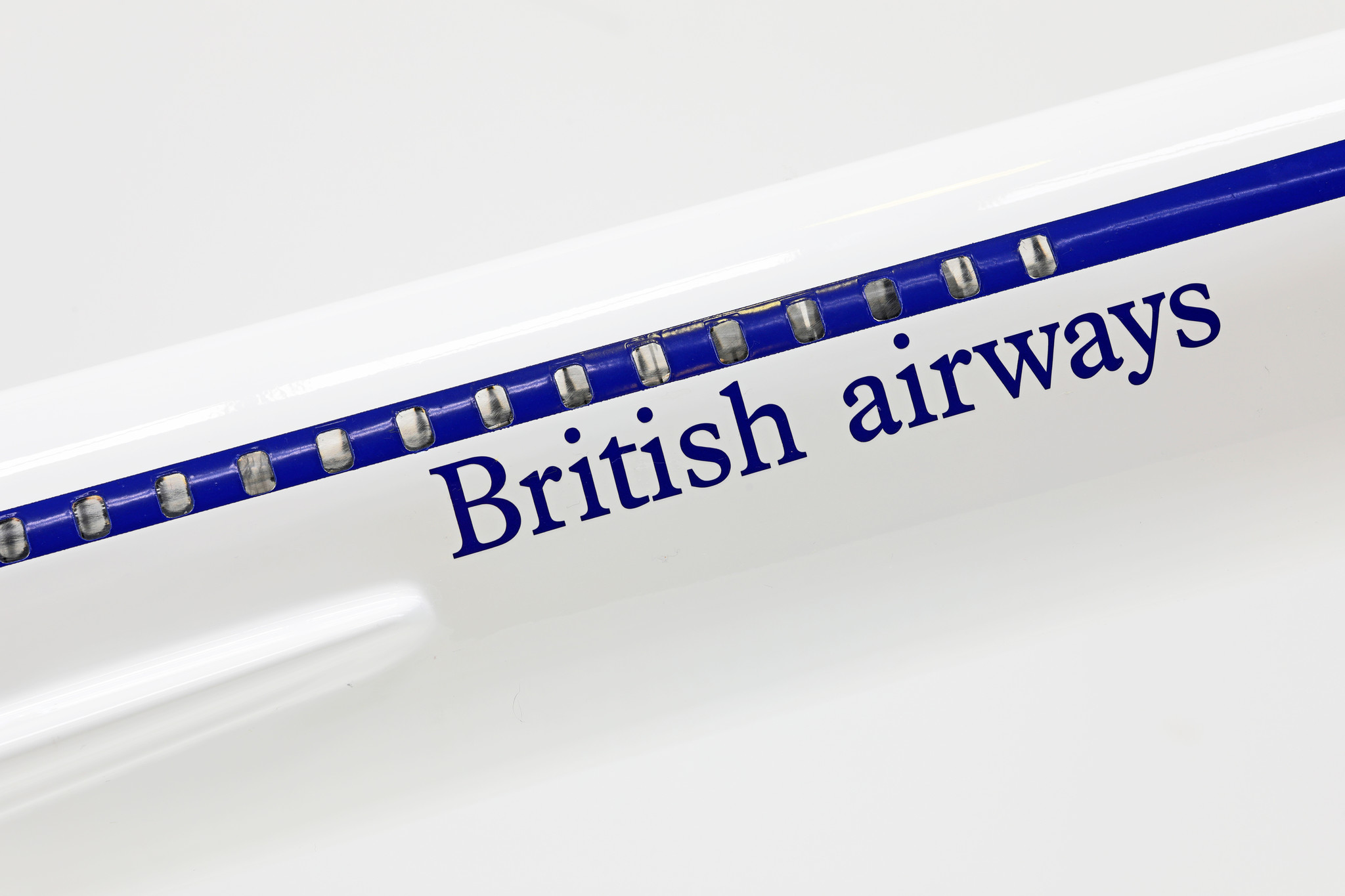 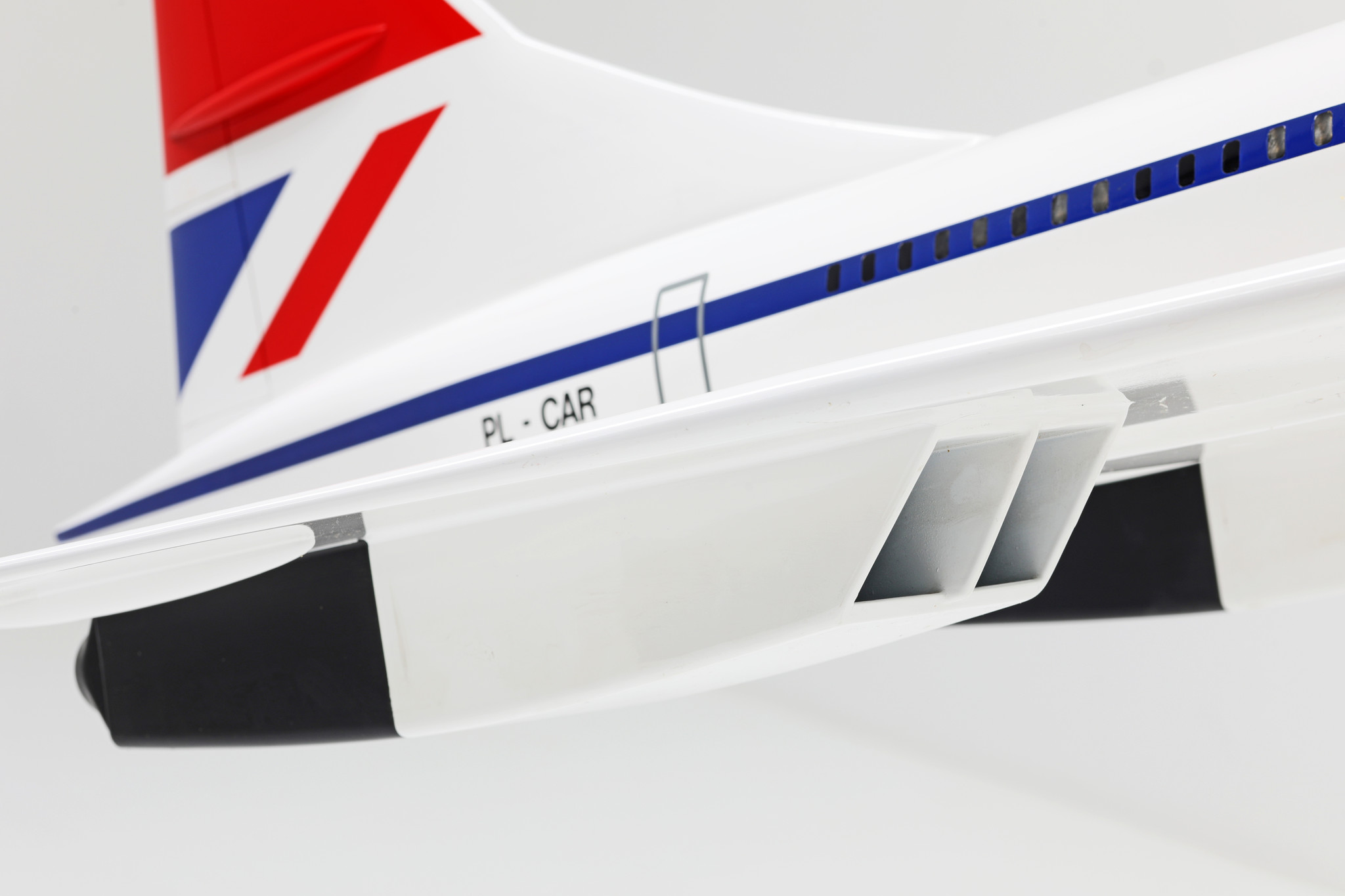 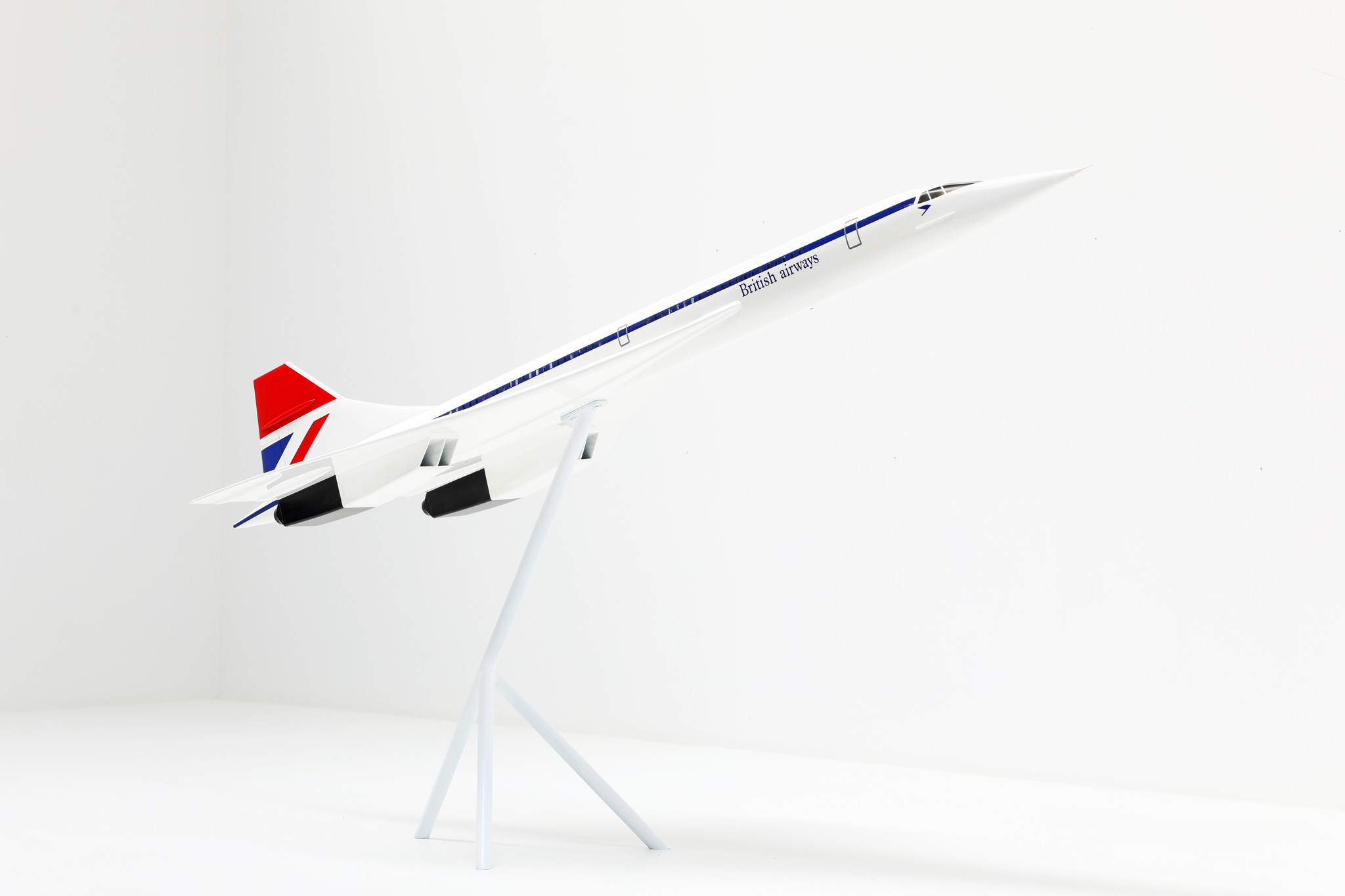 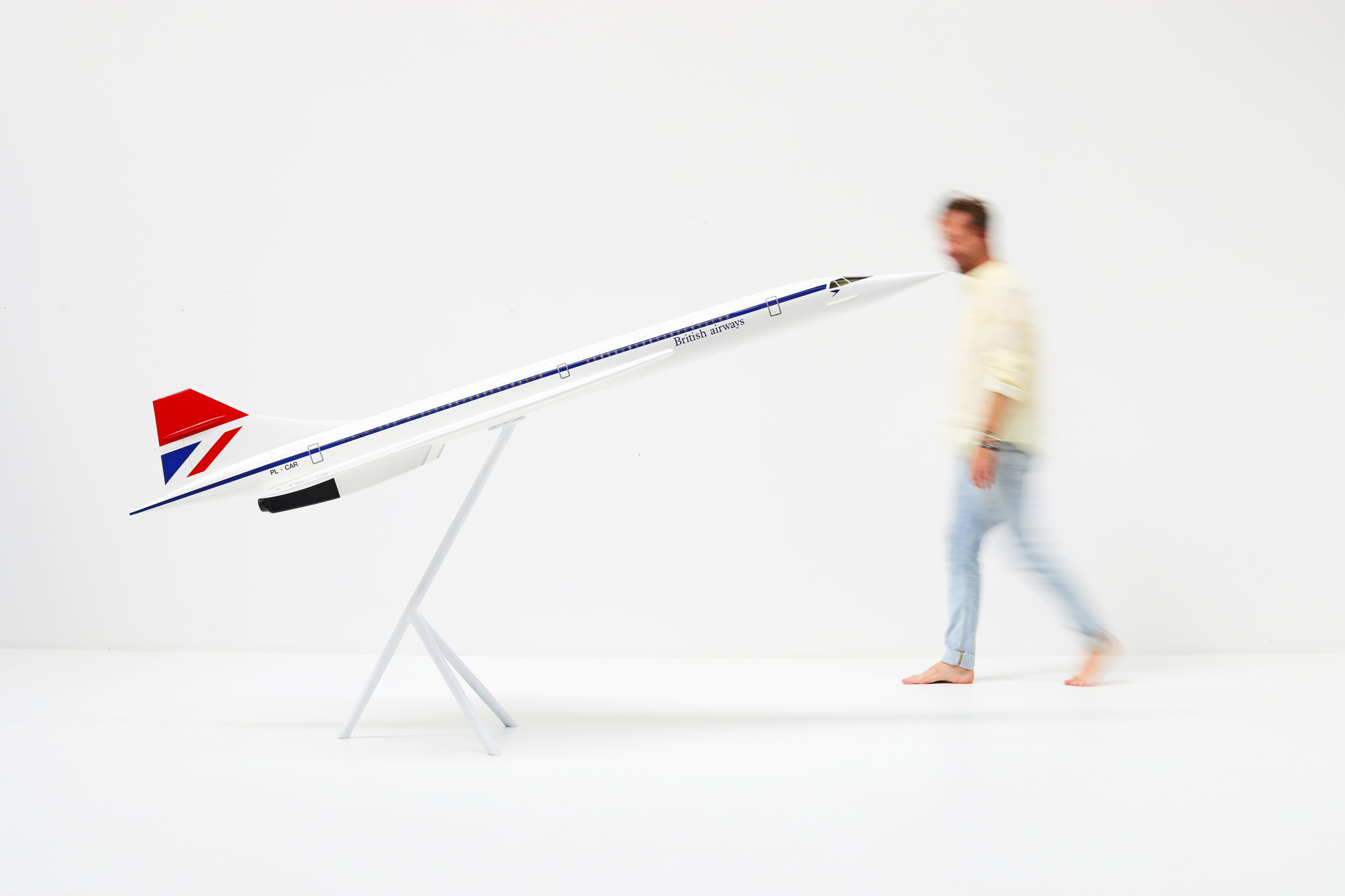 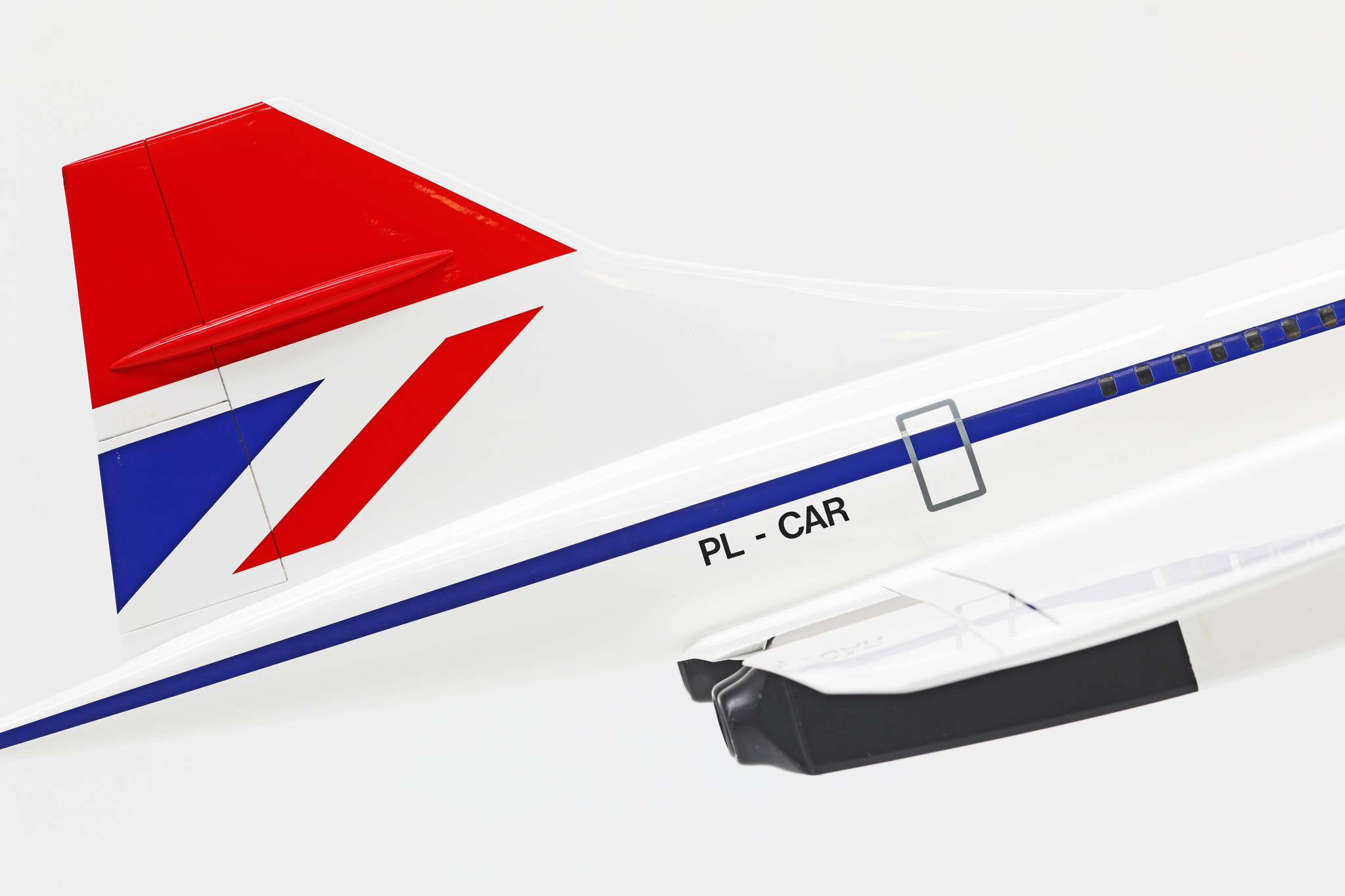 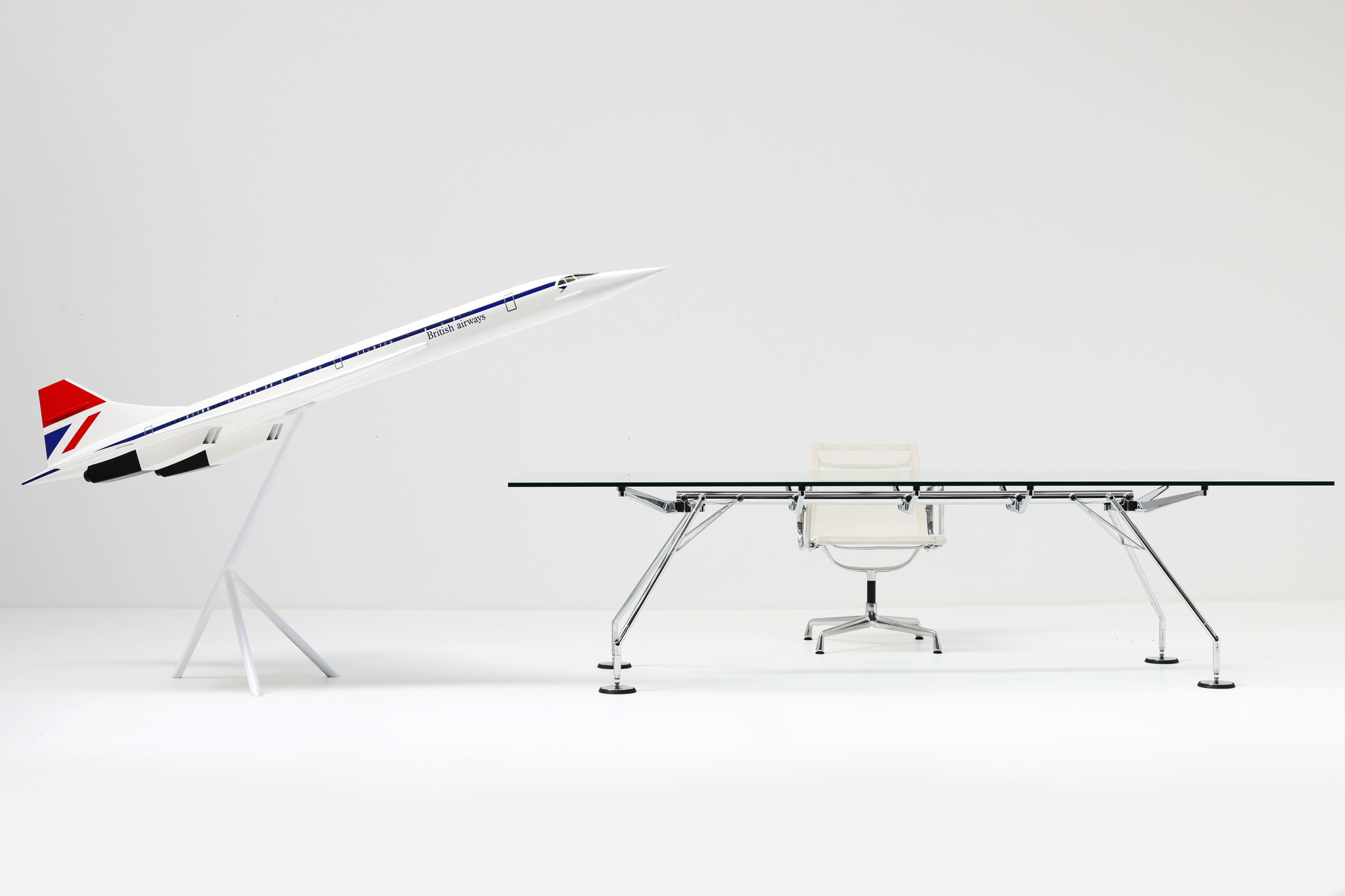 A beautiful vintage large scale model of no less than 265 cm in 1/24 scale of the Concorde for British Airways, built by the world famous aircraft company Fokker Aircraft Netherlands, circa 1990.
Compare

The Concorde was a supersonic passenger aircraft.

Only twenty aircraft were built.
The plane first flew in 1969
The Concorde could fly up to 18 kilometers and reach a speed more than twice the speed of sound. As a result, the aircraft flew from London to New York in less than three hours.

It is rare to come across an authentic model of the Concorde, especially in this size. The plane is in 1/24 scale and measures no less than 265cm!

This model was custom made by none other than Fokker Aircraft Netherlands. Fokker was once the largest aircraft manufacturing company in the world. Only 1 piece was built by Fokker at the request of the customer at the time.
This Concorde model is extremely detailed, with the correct lettering and details. The windows are really transparent, which is very exceptional for this type of scale models.

The plane can also be hung from the ceiling, so that you don't have a foot and the plane floats in your interior. (Suspension system is included) 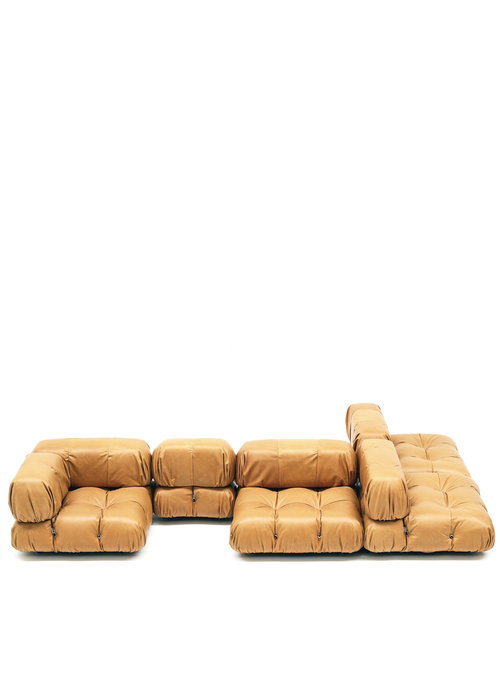 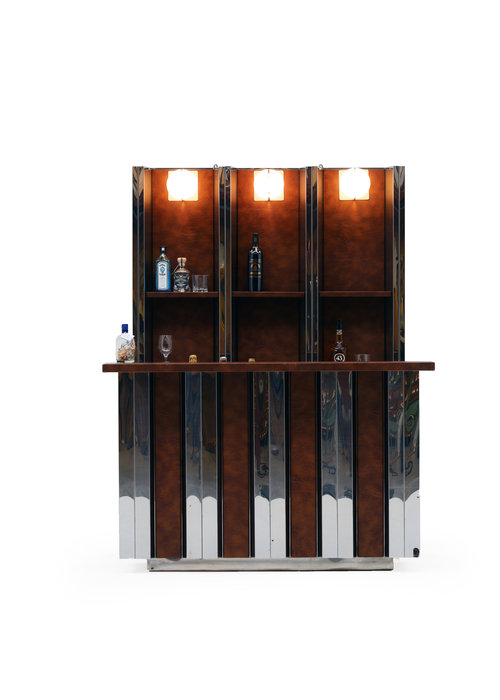 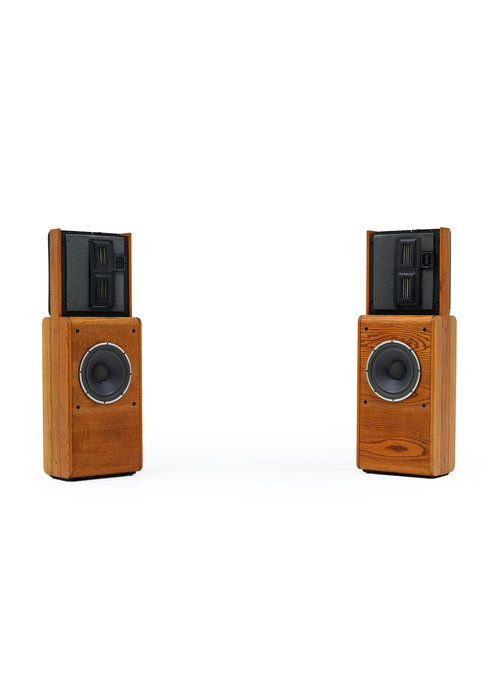 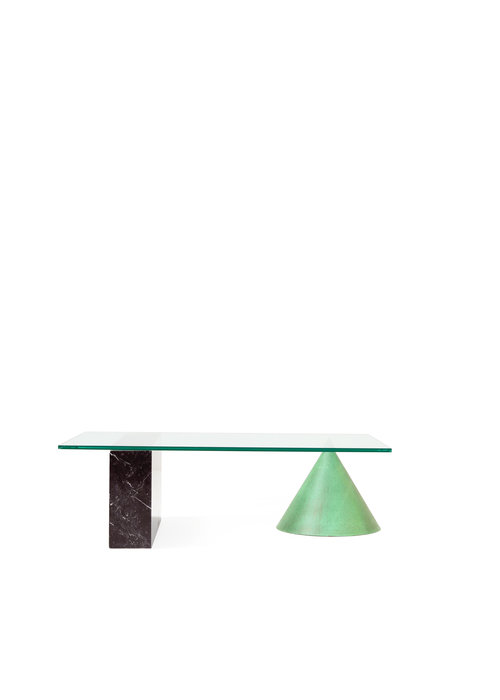 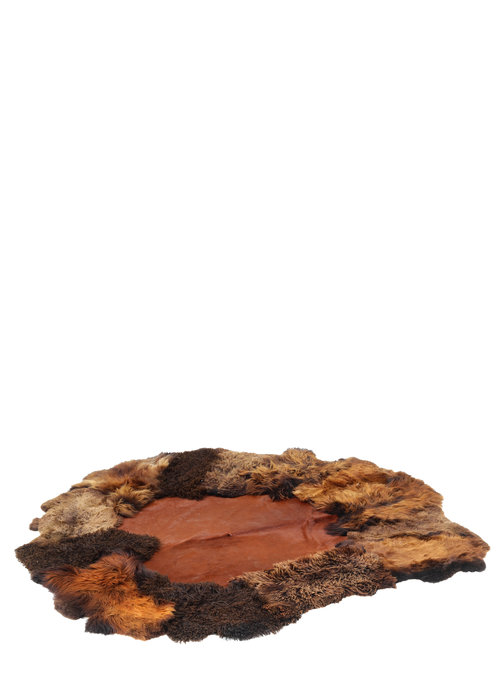 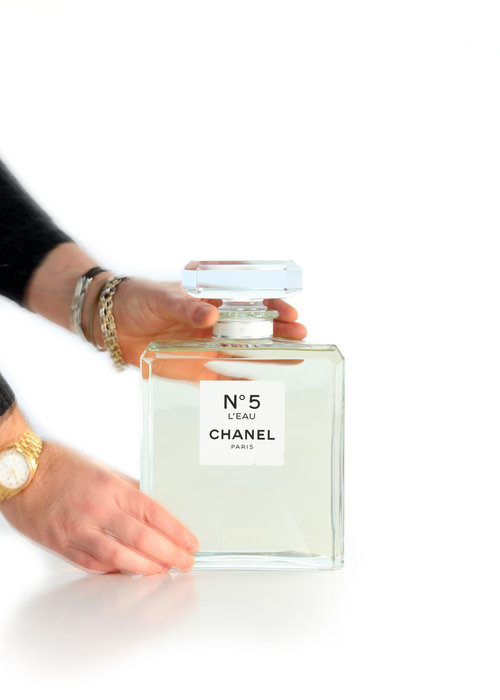 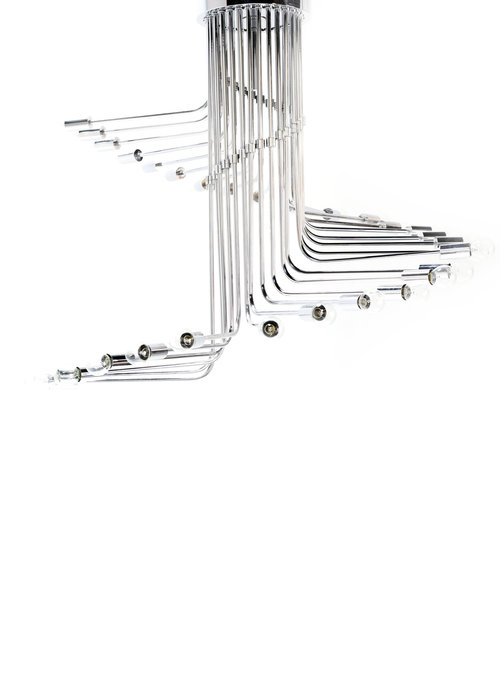 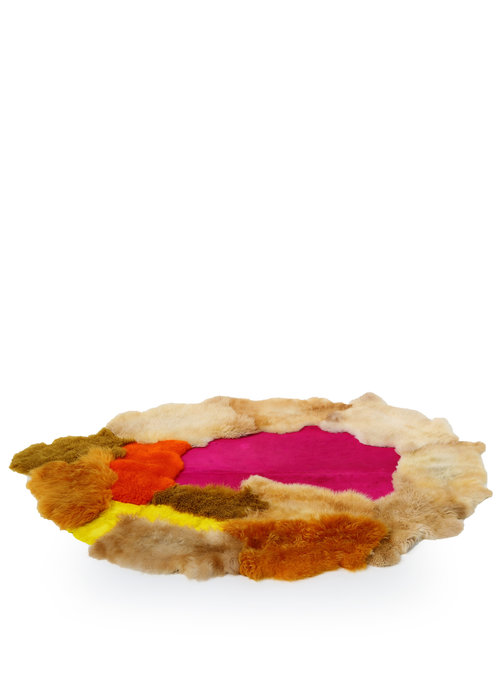