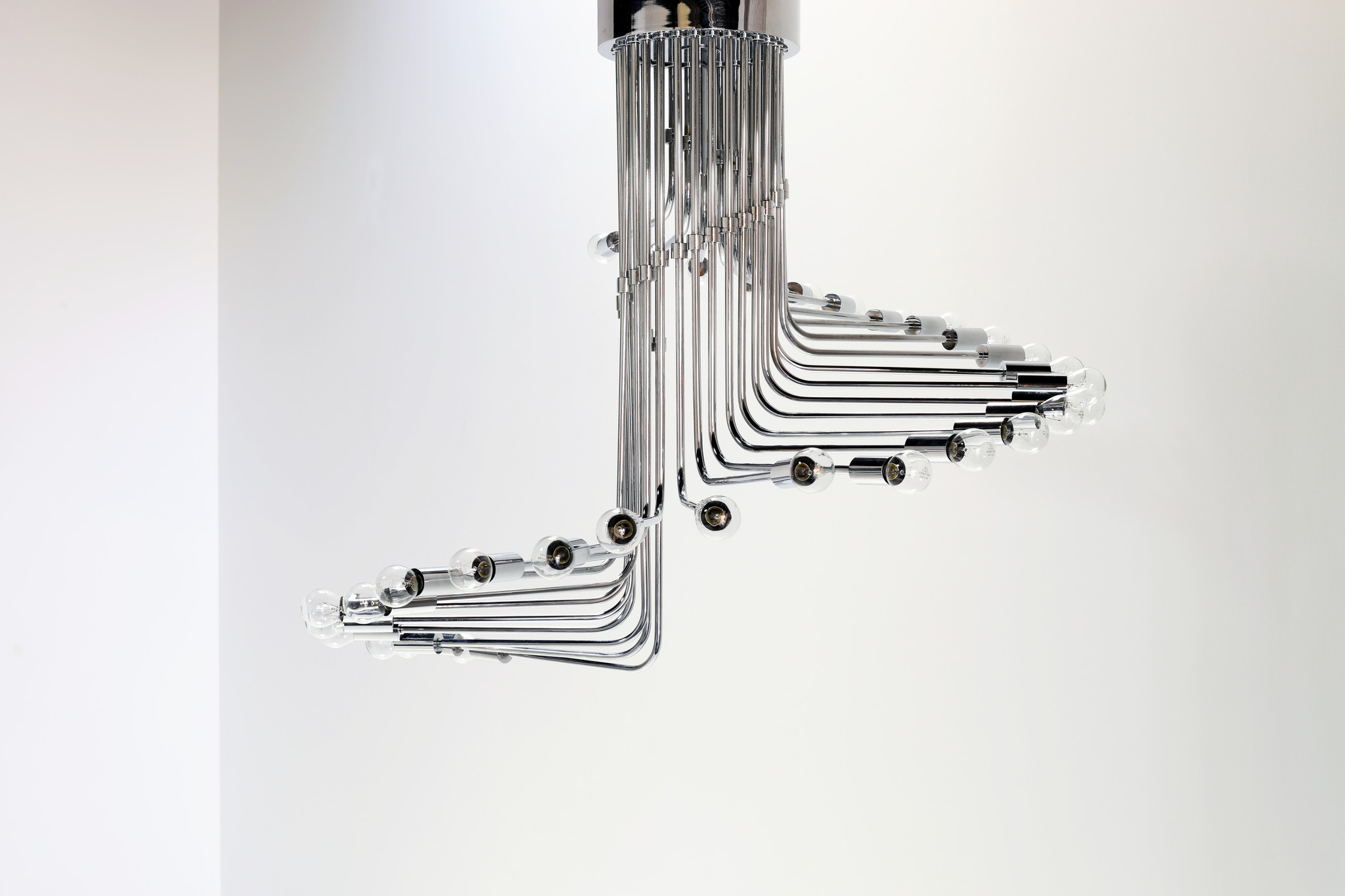 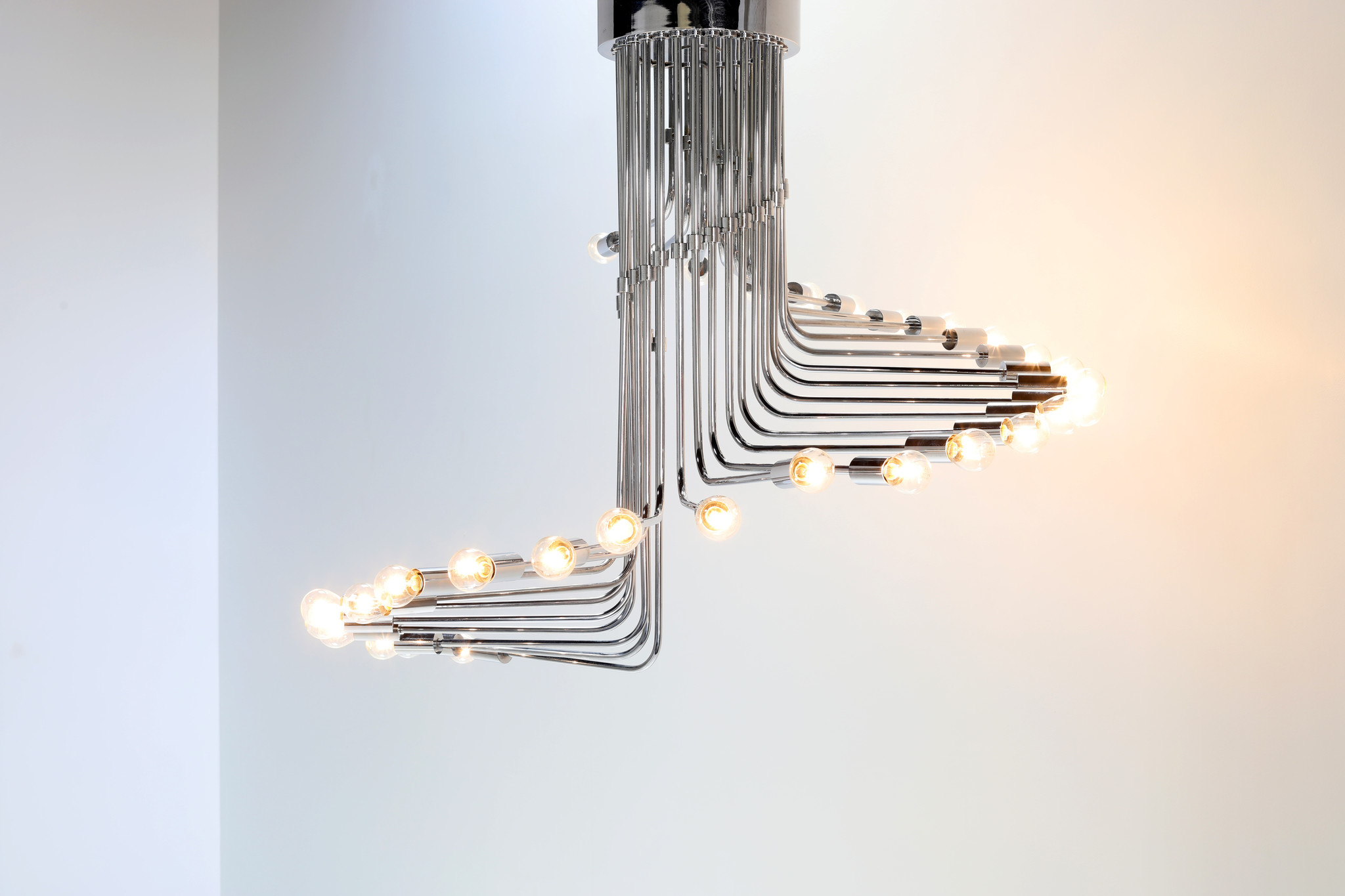 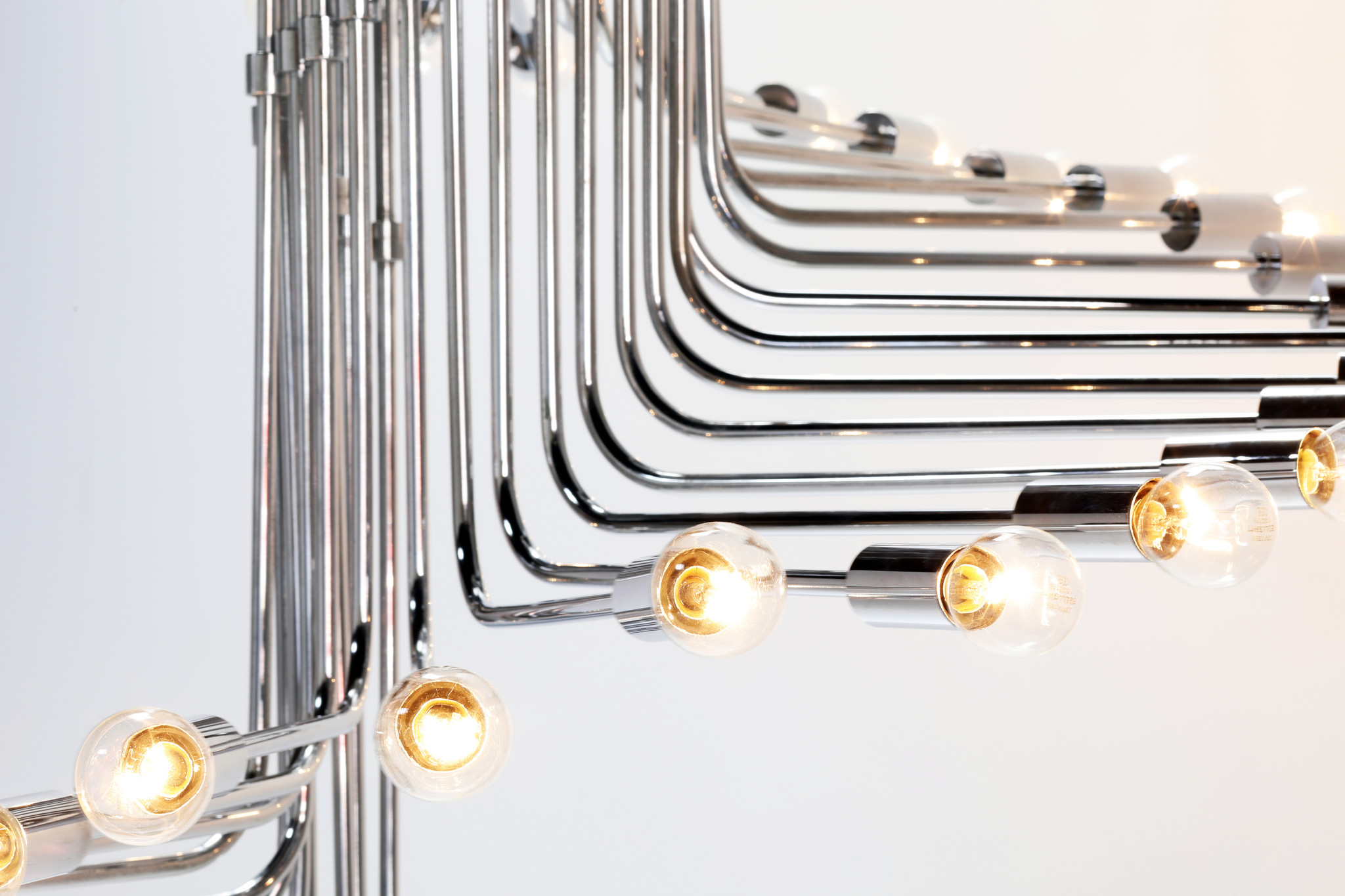 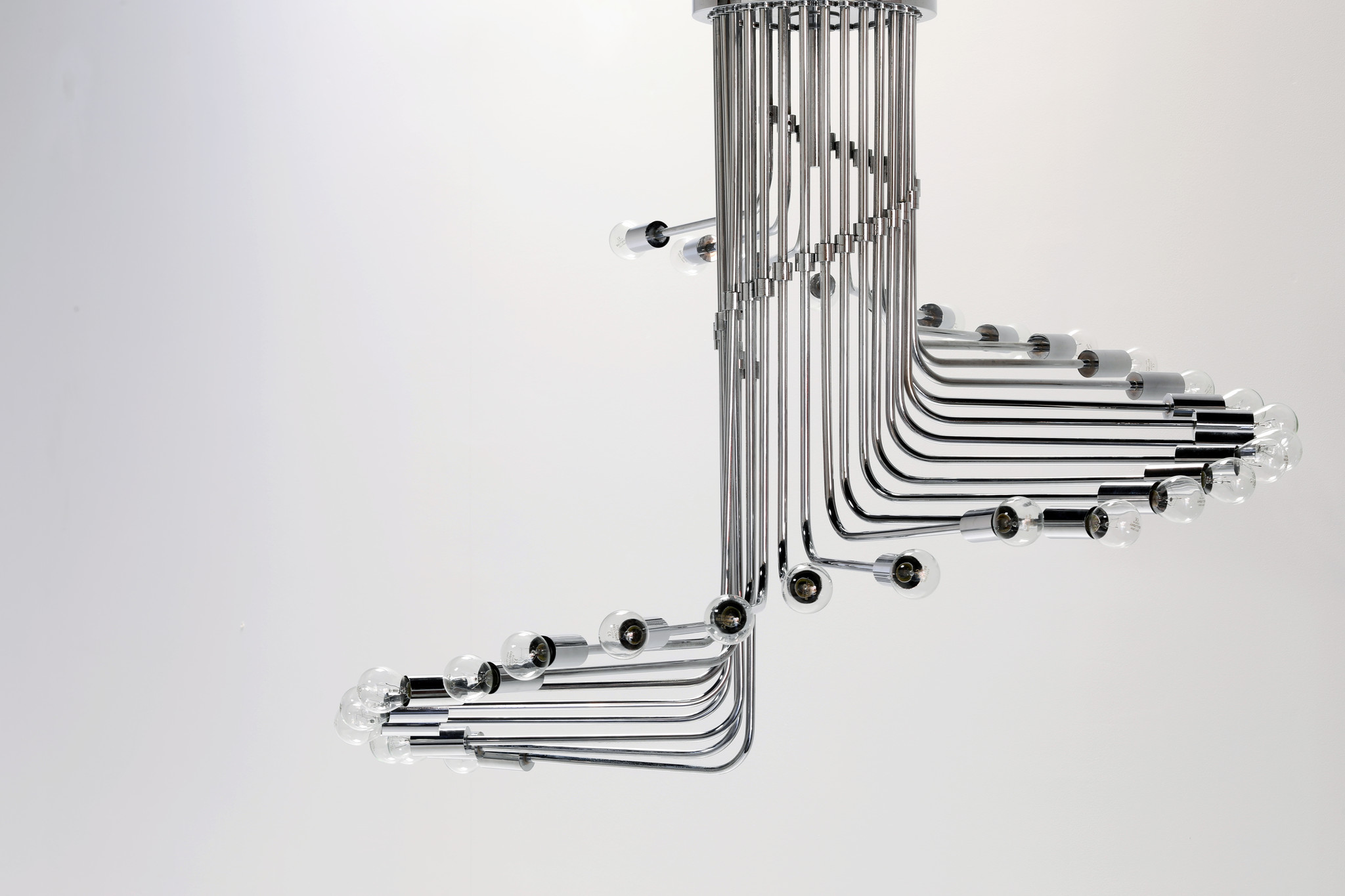 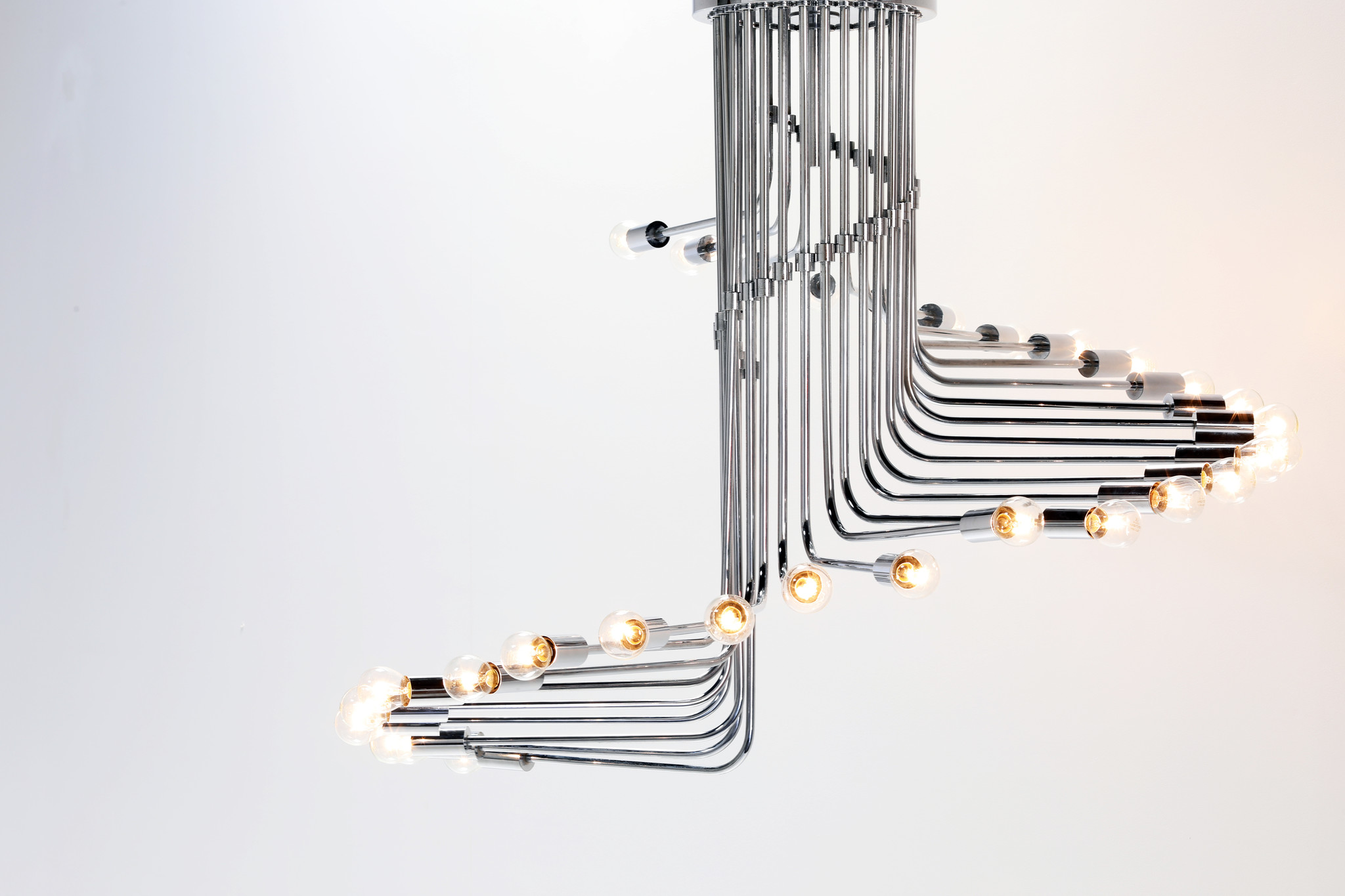 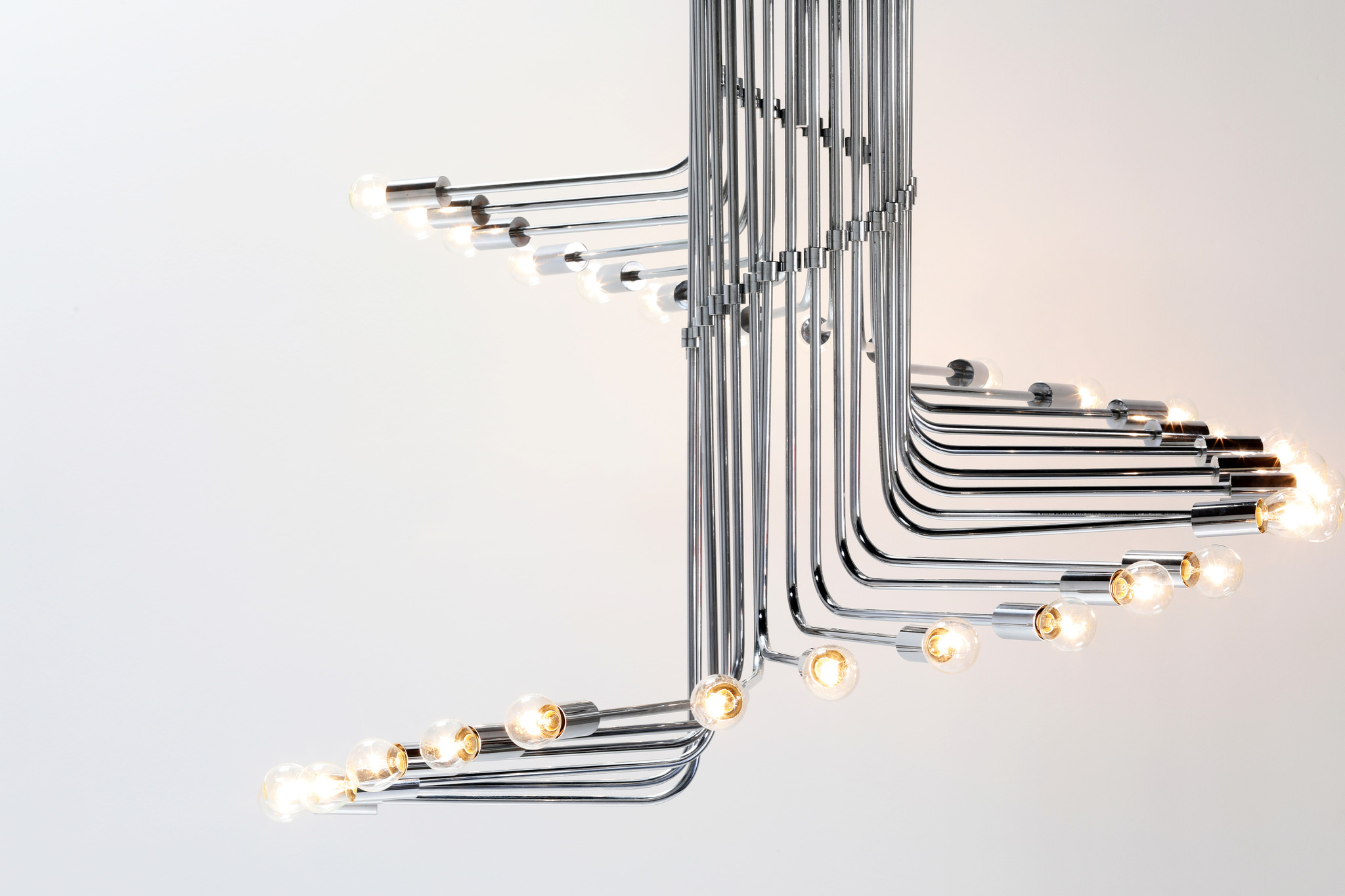 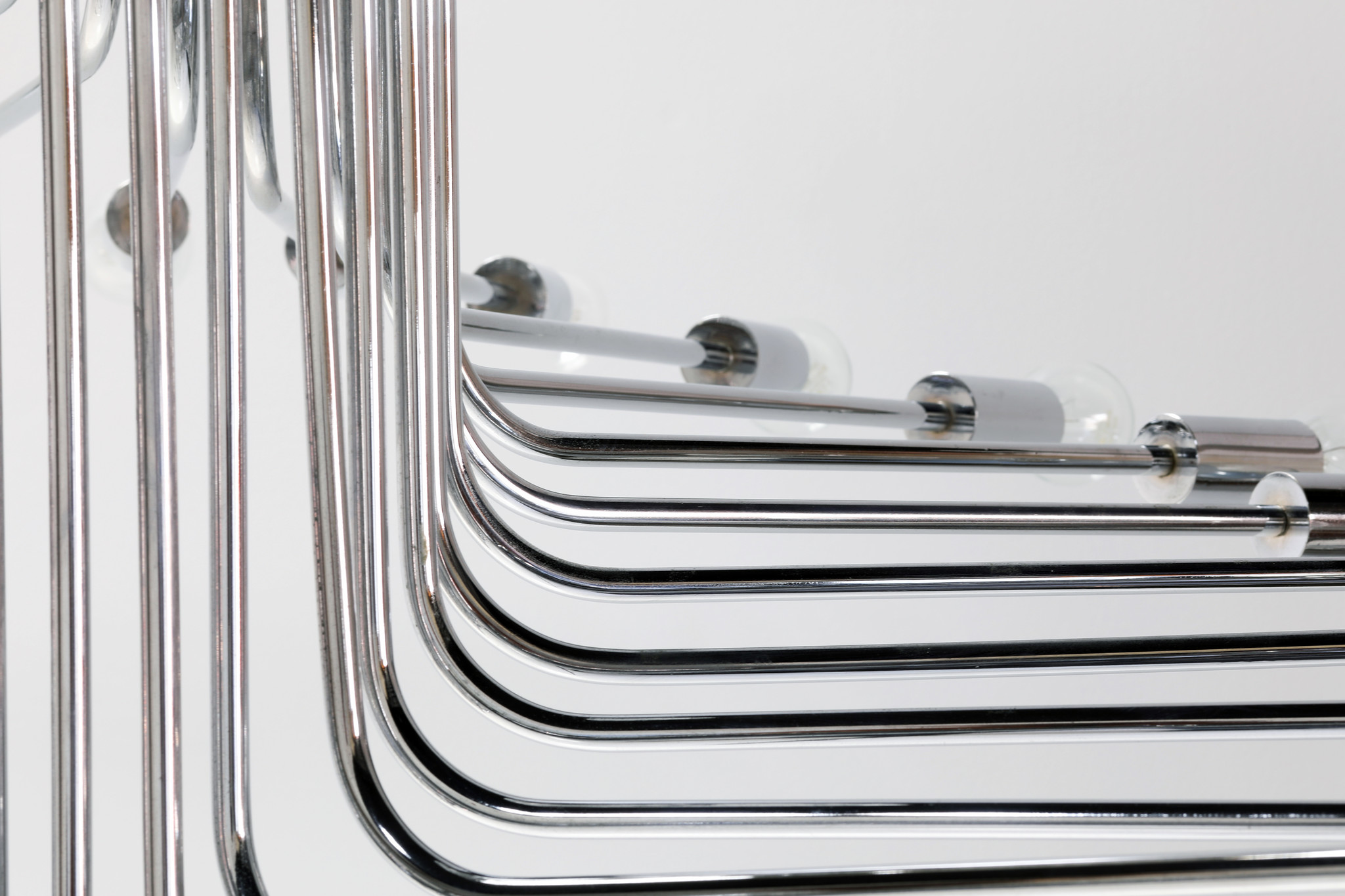 This Italian chandelier has an impressive appearance, unique in its kind and extremely rare. A real showpiece in your interior.

Equipped with 30 light points and chrome finish. The spiral shape ensures a nice distribution of light over the entire room.

The family business Sciolari Illuminazione Roma, founded in 1892 by Sciolari in Rome Italy. It was the son Angelo Gaetano Sciolari who took over the company in 1949 after the sudden death of his father. Angelo Gaetano was then 22 years young and had just graduated from the Faculty of Architecture in Rome.

He was a very ambitious person who combined his knowledge of architecture and his interest in the film world 'Hollywood minded' to take the family business and its product range to the next level. In the 1950s, Sciolari became the first Italian lighting manufacturer on the American market. In this way he nevertheless found his way to the international screen, but with his designs. His fixtures appeared in series such as 'Dallas' 1983, the British Sci-Fi series 'Space' 1999. 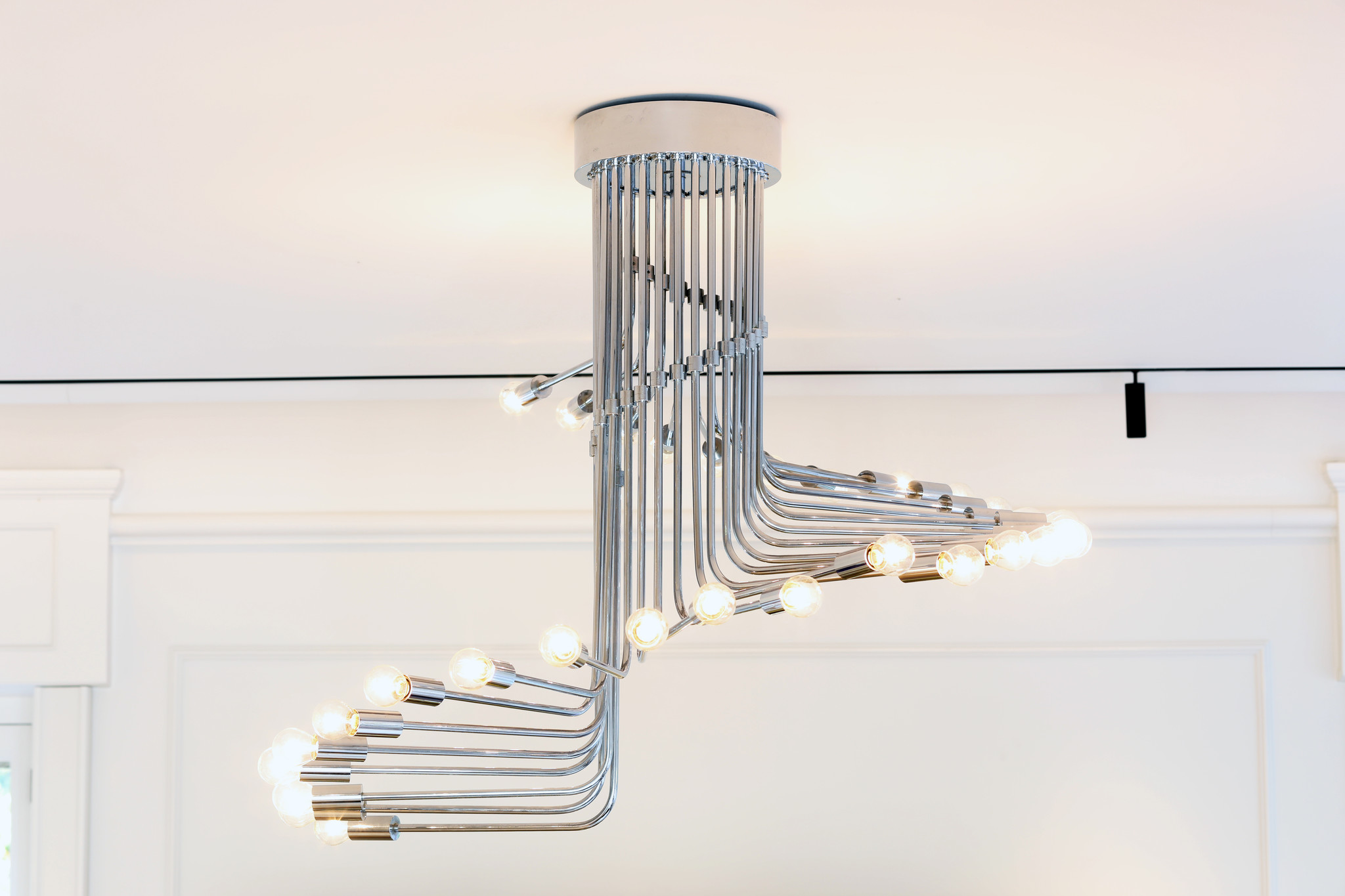 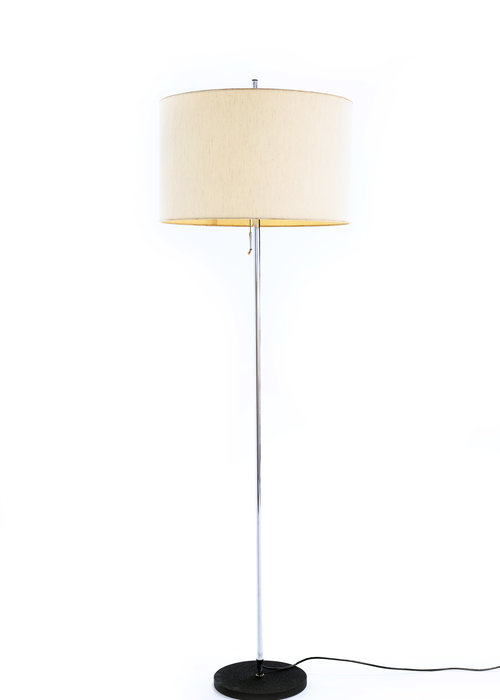 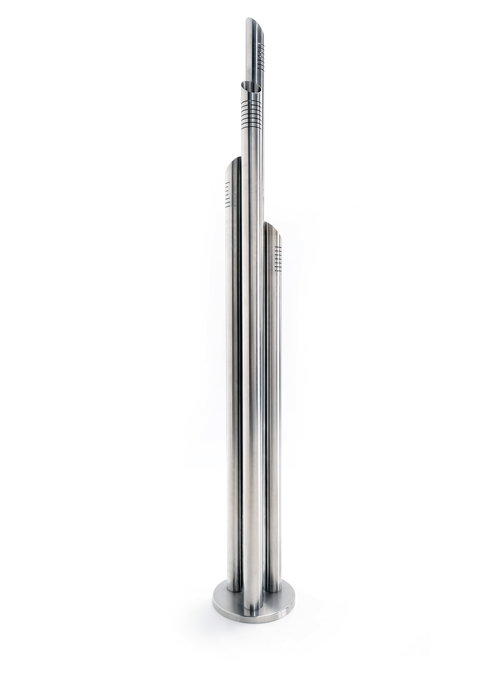 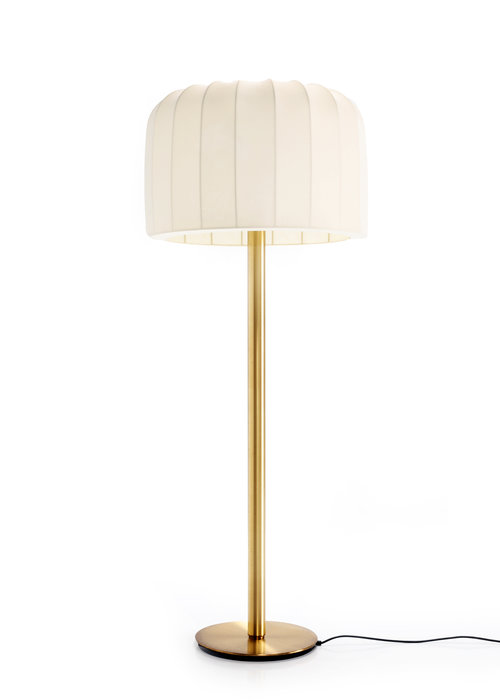 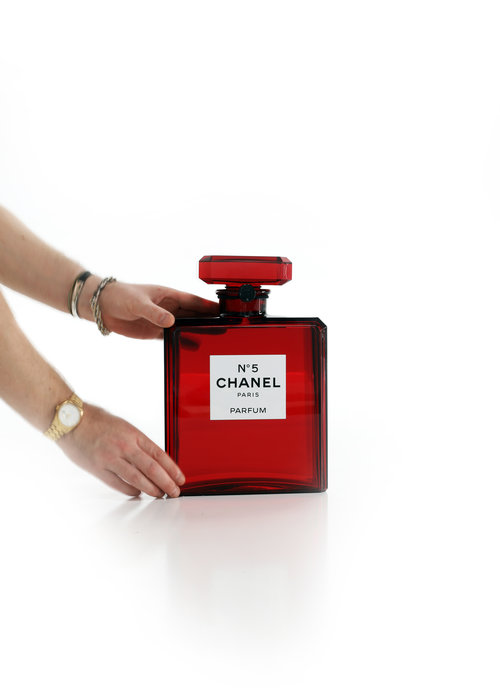 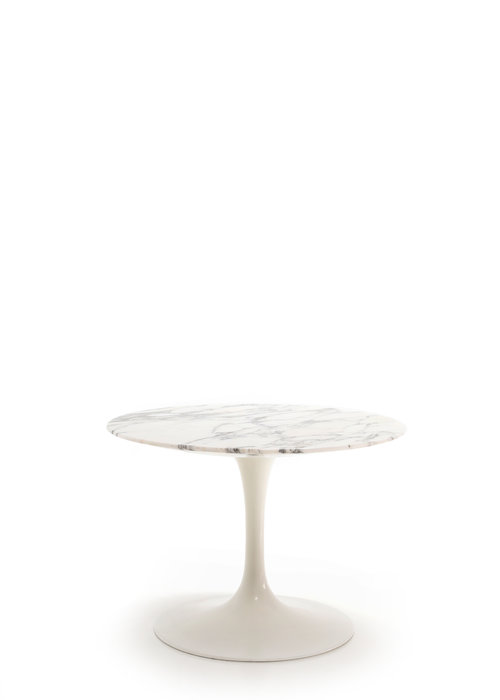 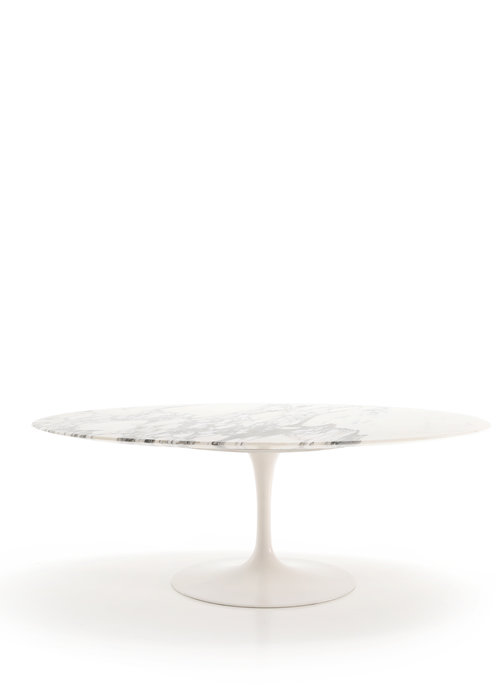 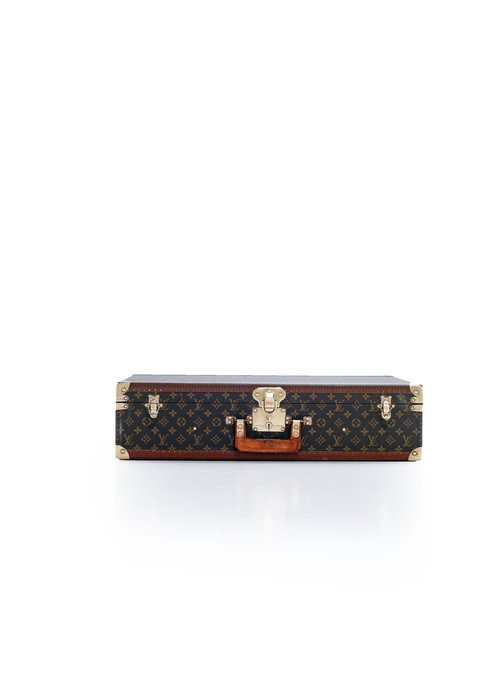