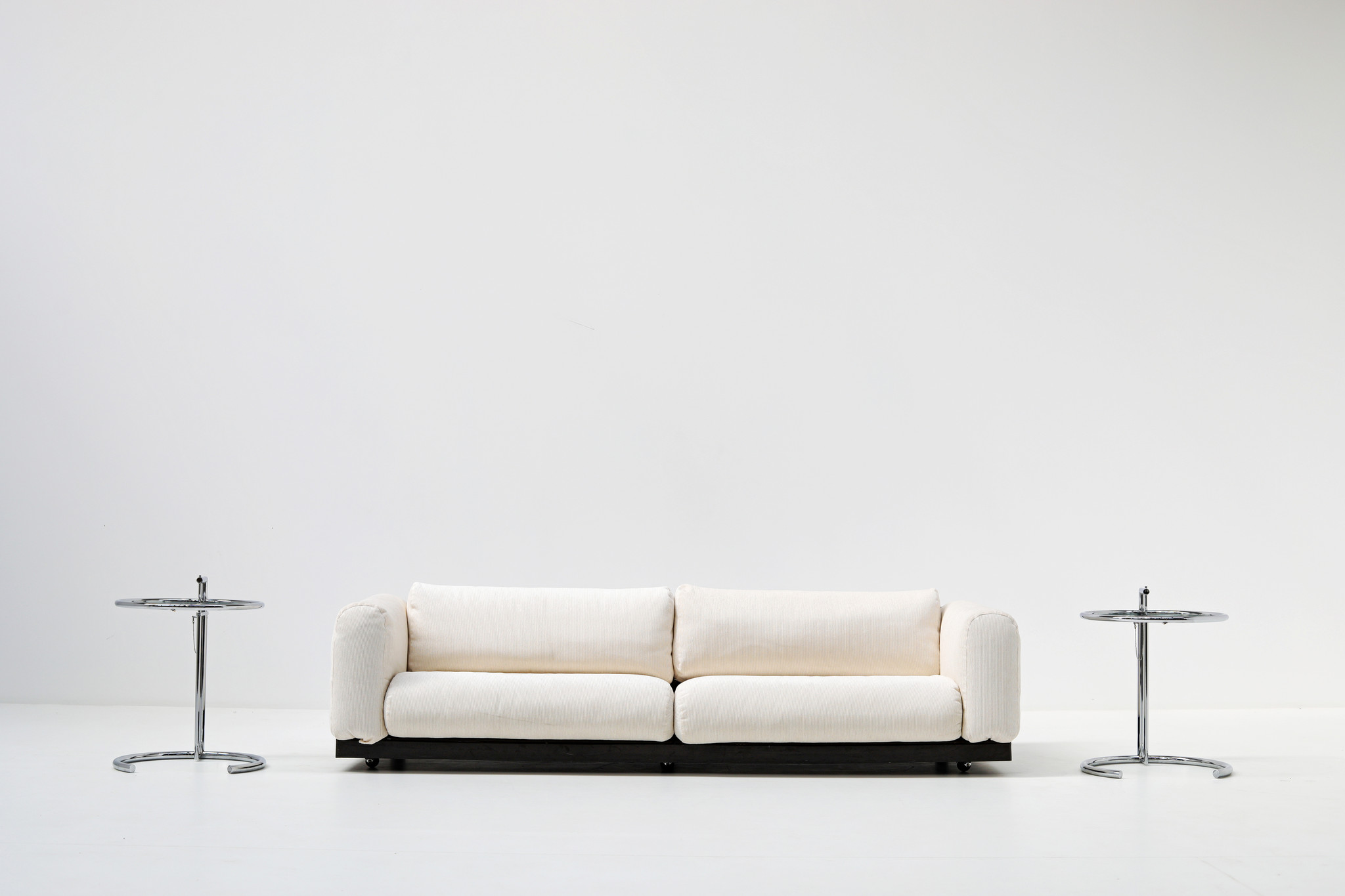 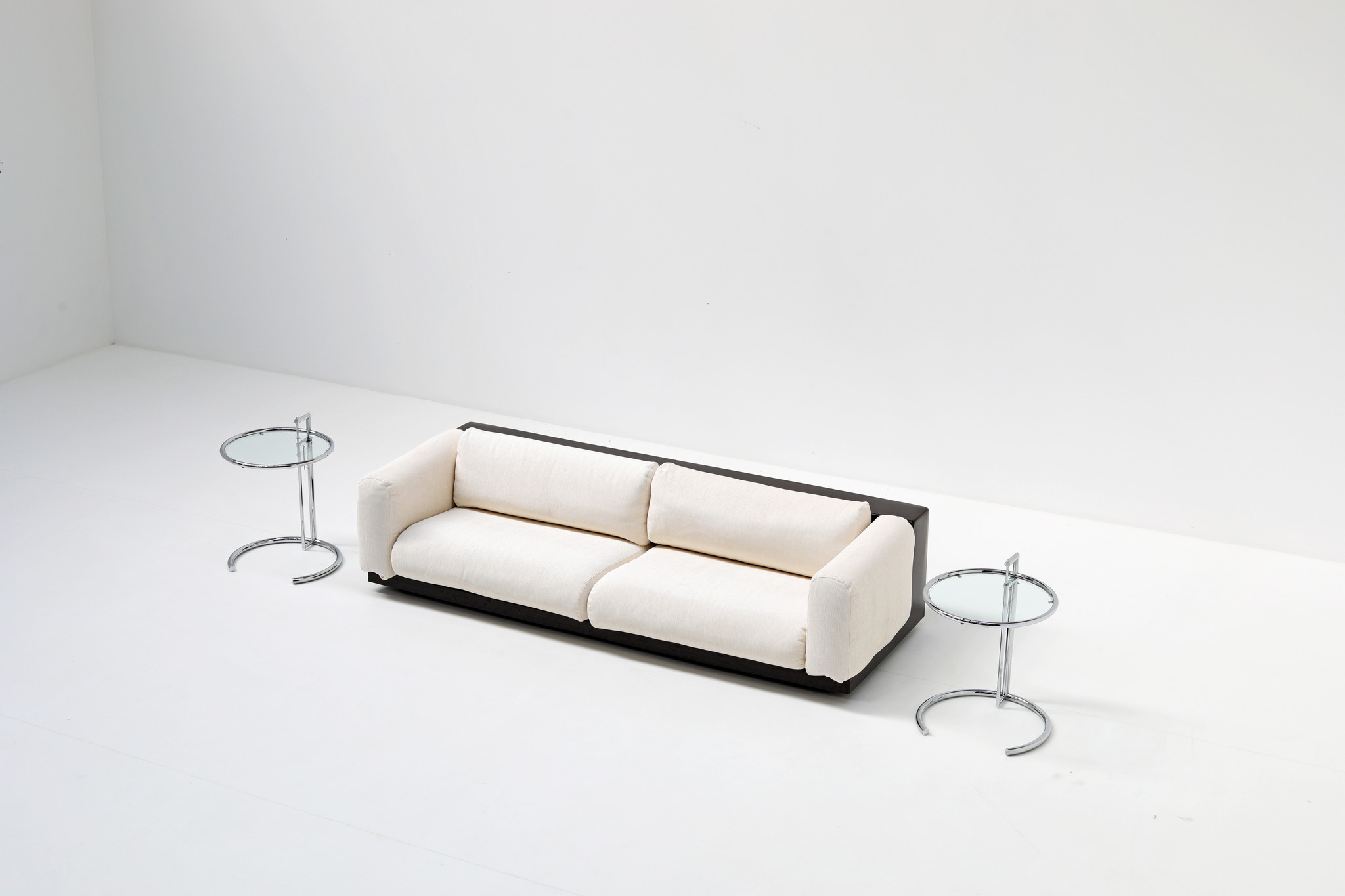 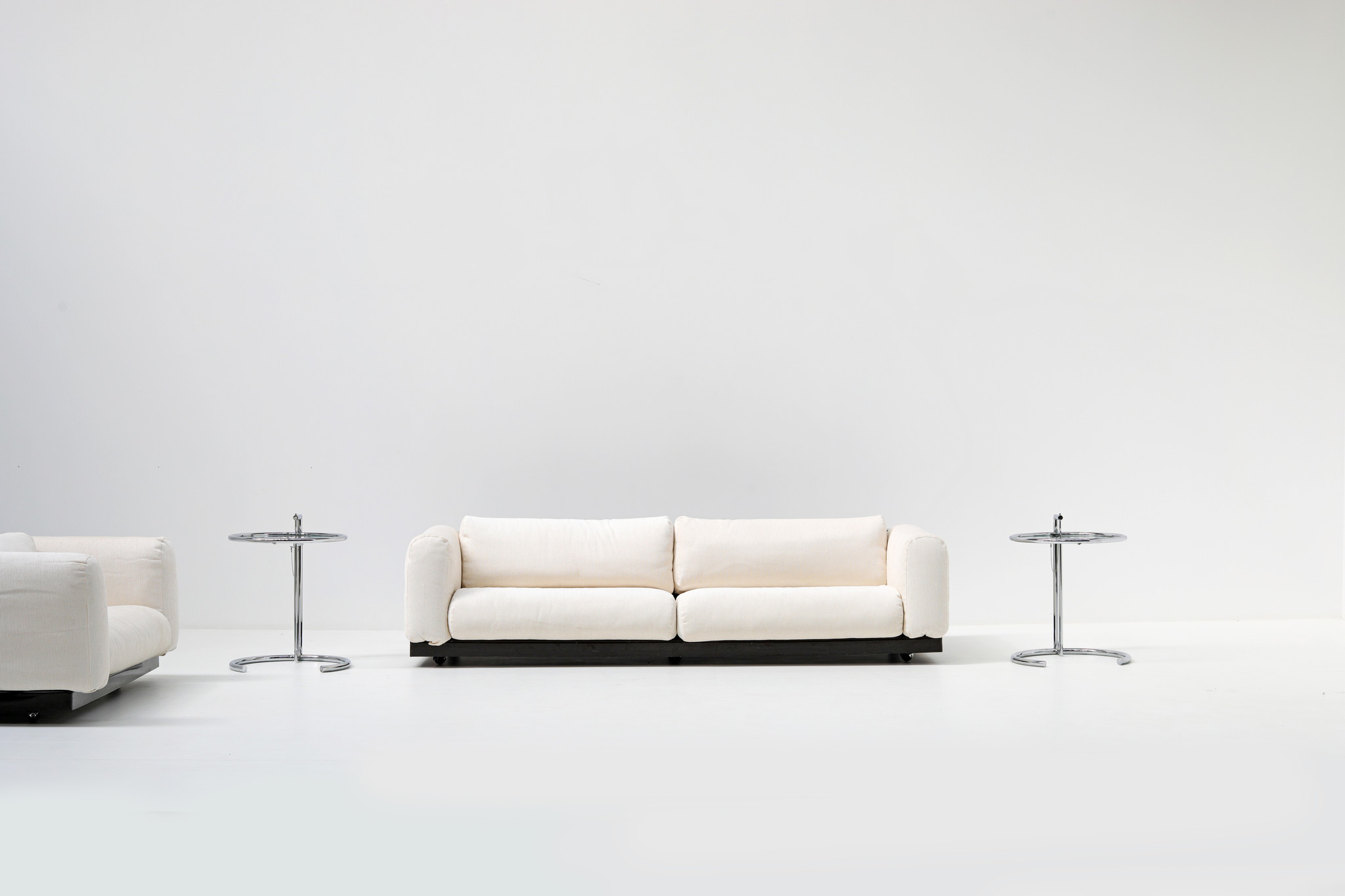 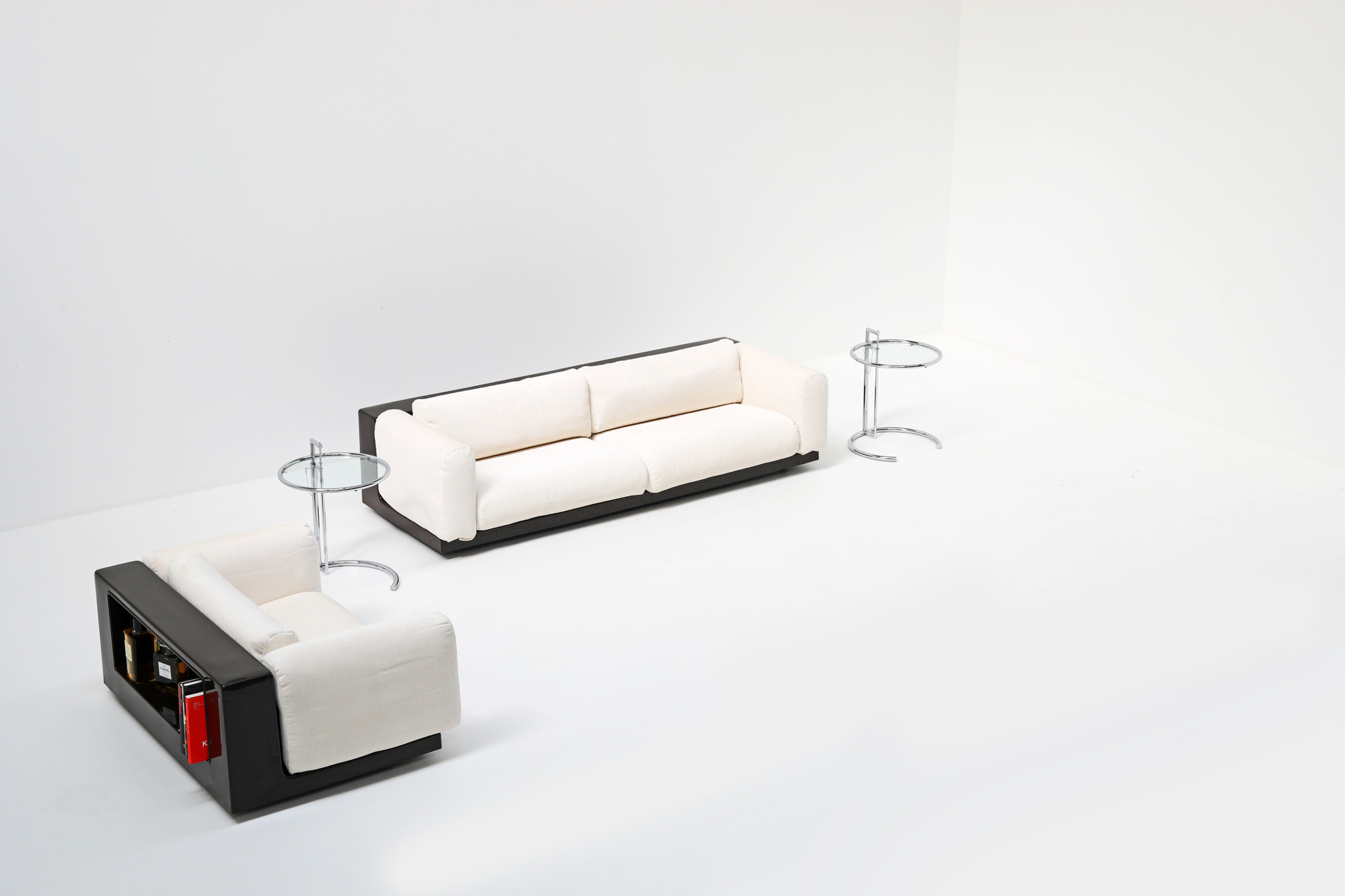 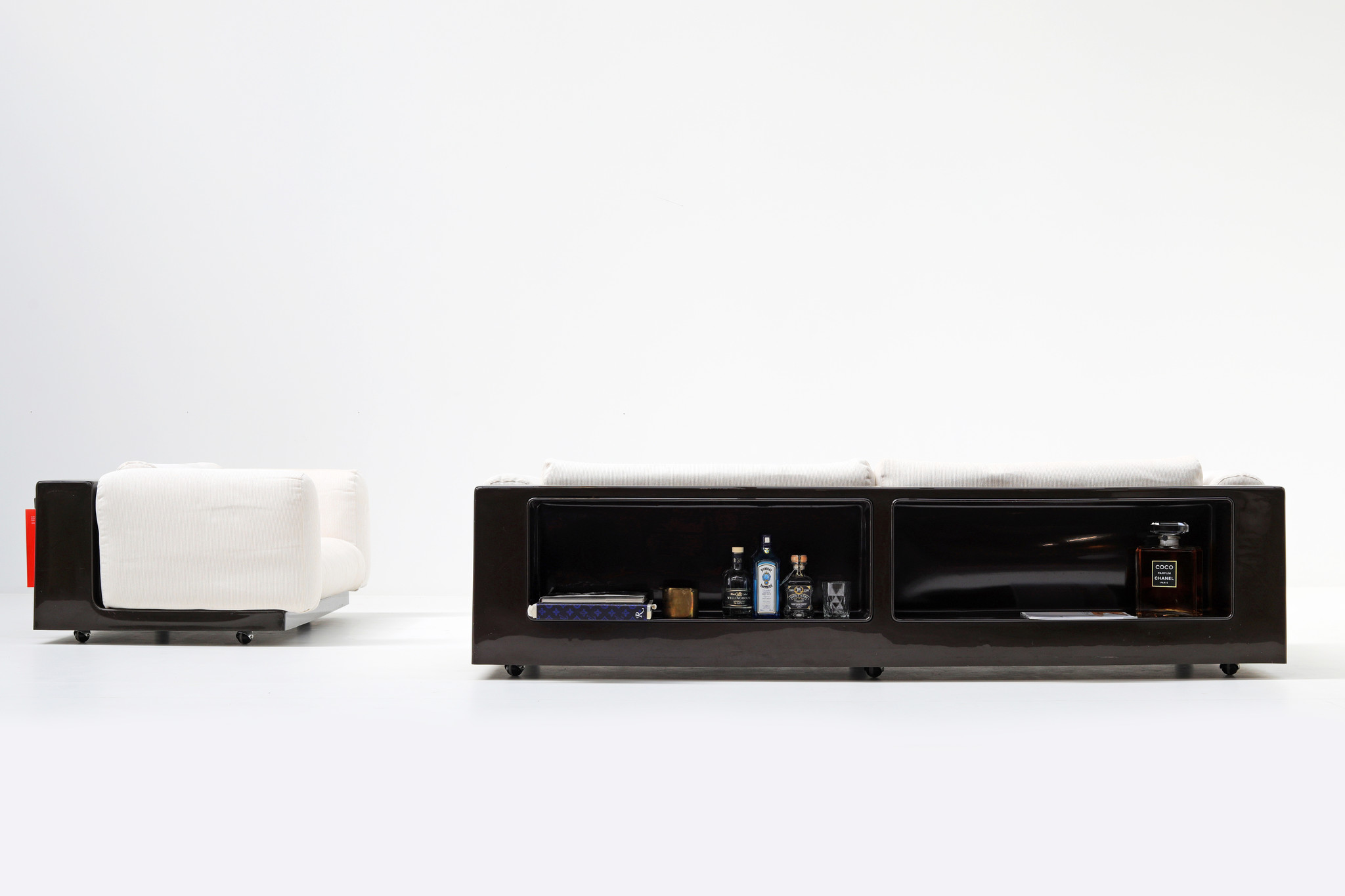 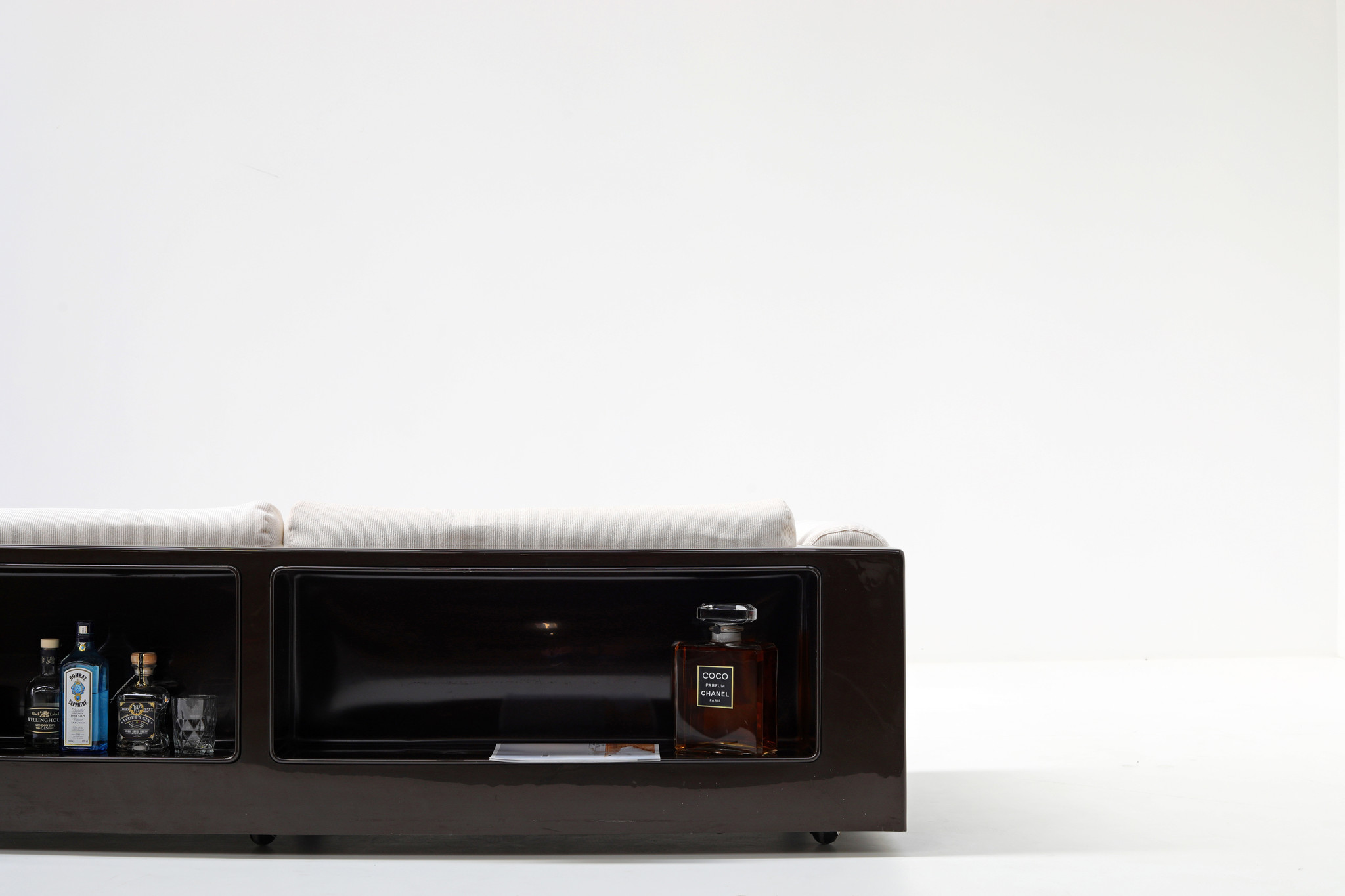 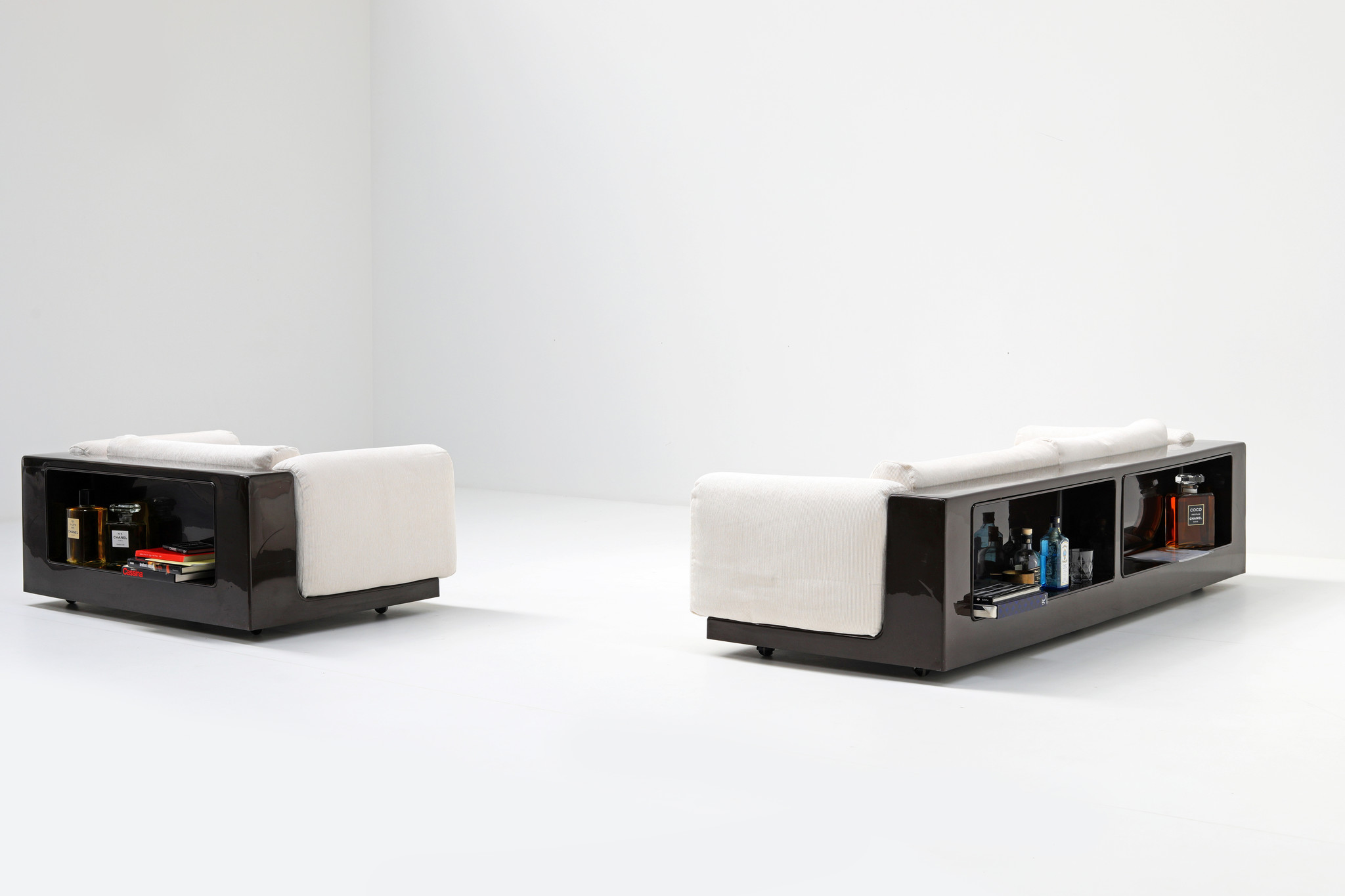 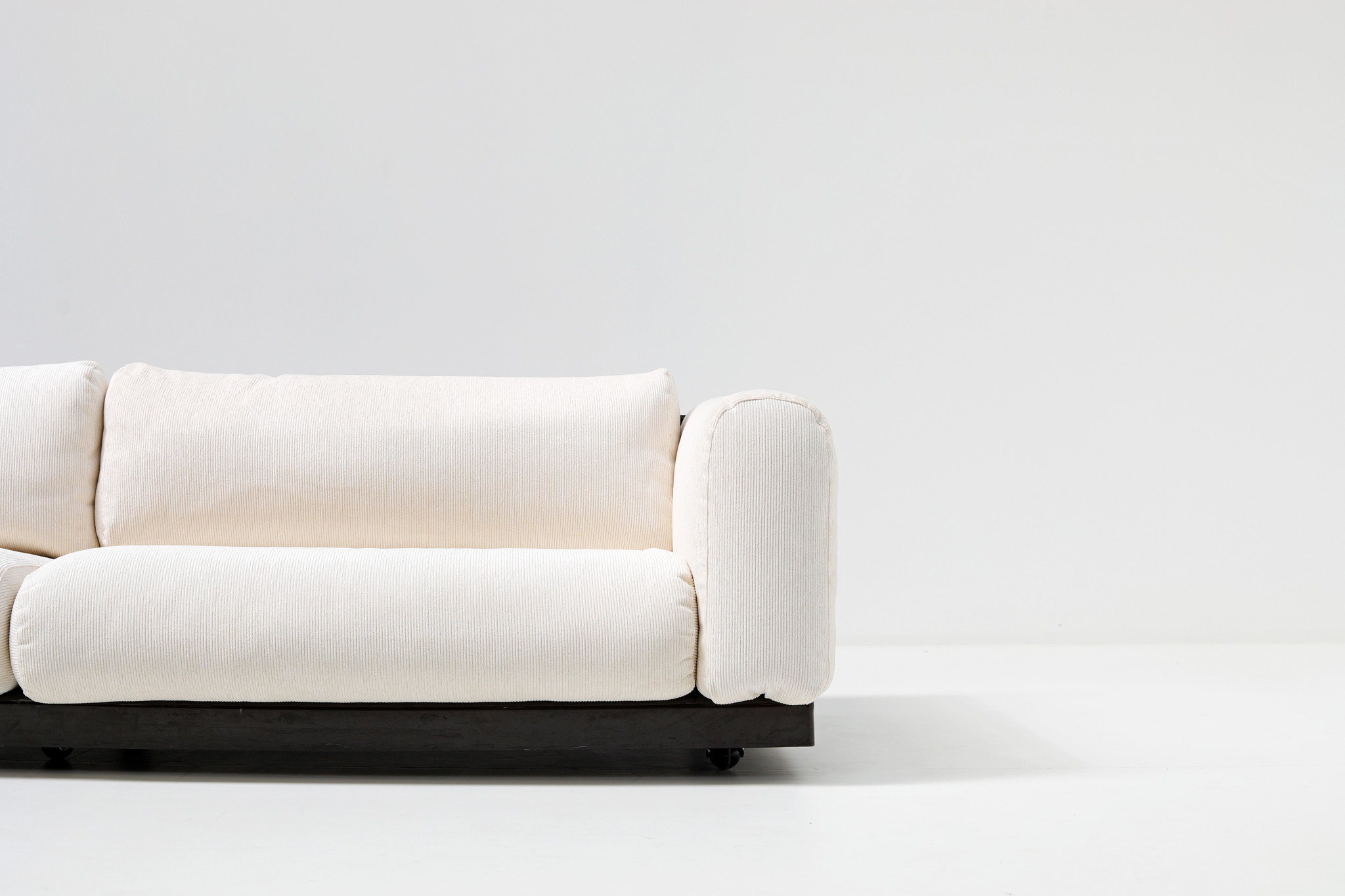 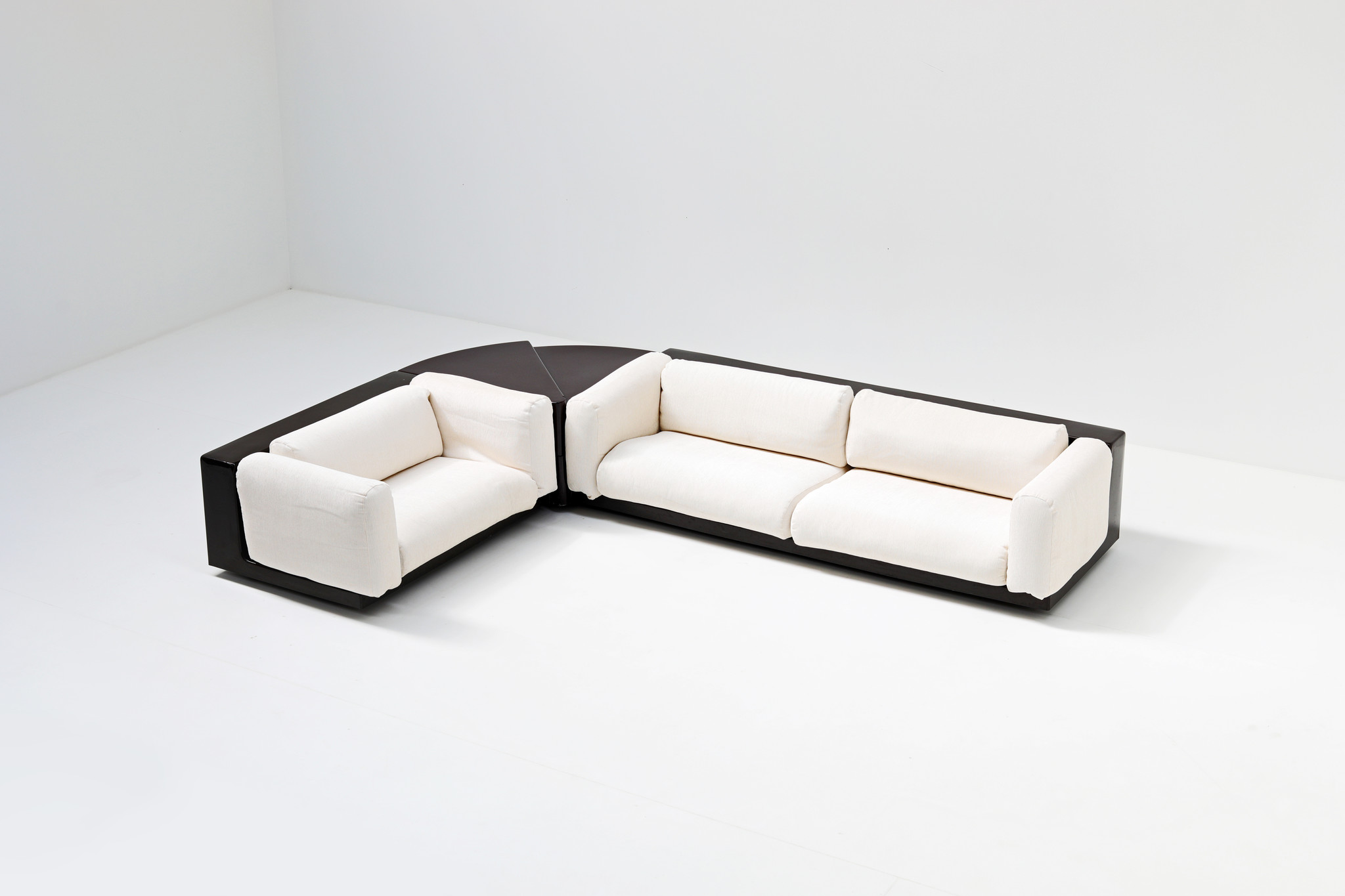 The Gradual Lounge was the first piece created especially for Knoll by Boeri, a designer and architect formerly with the influential Italian design firm Gavina SpA, which was acquired by Knoll in 1968.

This set, first produced around 1970, dates from early 1973 and bears its Gavina/Kiga labels.

Cini Boeri, the Italian architect and industrial designer who designed several showrooms and furniture collections for Knoll, died on September 9, 2020 at her home in Milan. She was 96 years old.

Knoll acquired the Gavina Group in 1968 and introduced several of Boeri's designs to the Knoll portfolio.
In 1970, Boeri introduced her first piece designed especially for Knoll: the Gradual Lounge, an innovative, modular and dynamically adjustable lounge system. She later recalled that she "tried to do the design in a very forceful and strict way. It was a system, a new way of making a fiberglass sofa.

After her designs were introduced to an American audience, Knoll stated in a 1976 press release that "she was tasked by the company to make day-to-day design decisions in major European showrooms - France, Germany and Italy - and to design new showrooms for Knoll in Stuttgart and Munich

The saloon is in very nice condition, and was provided with new upholstery. 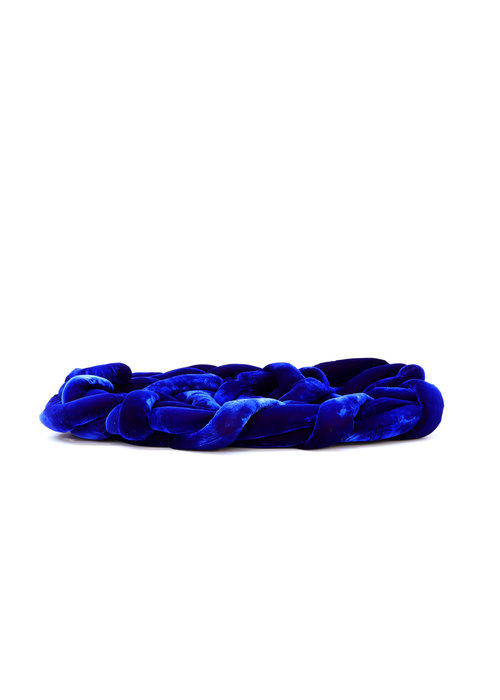 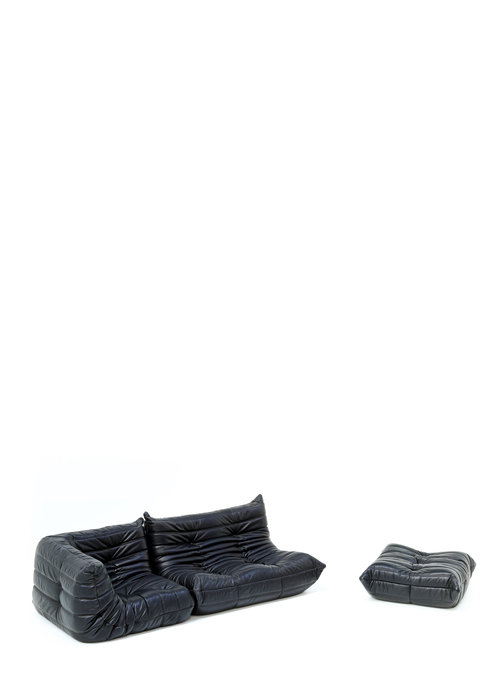 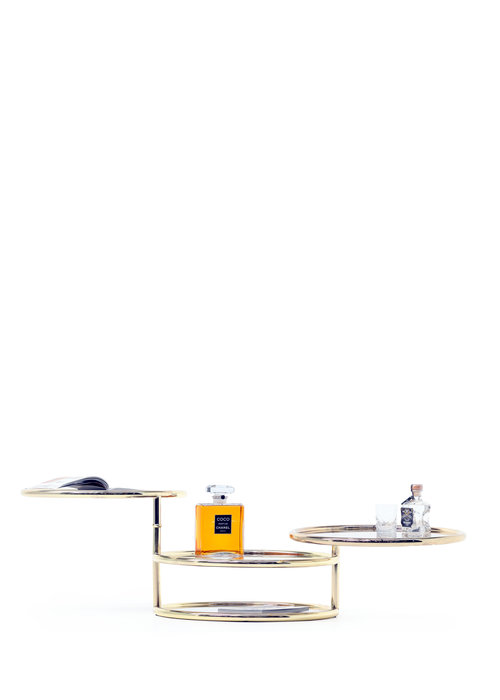 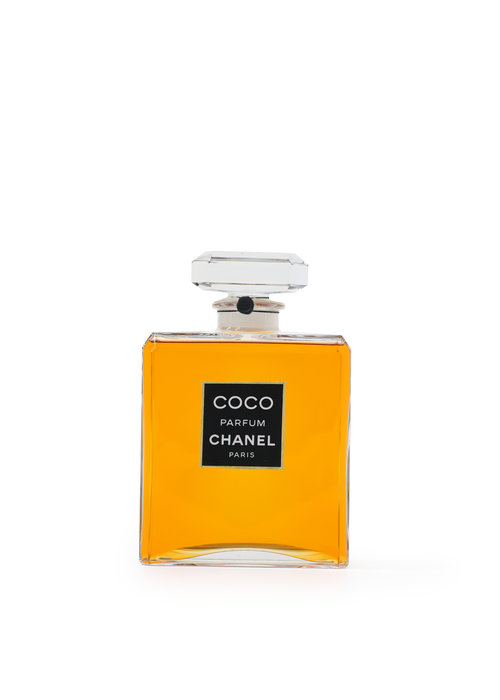 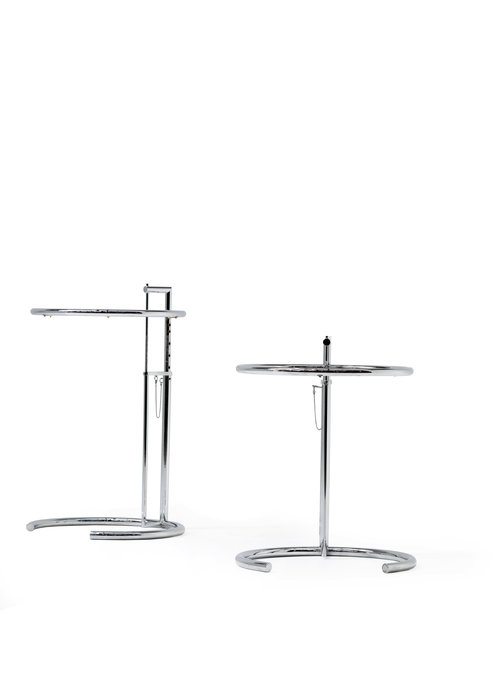