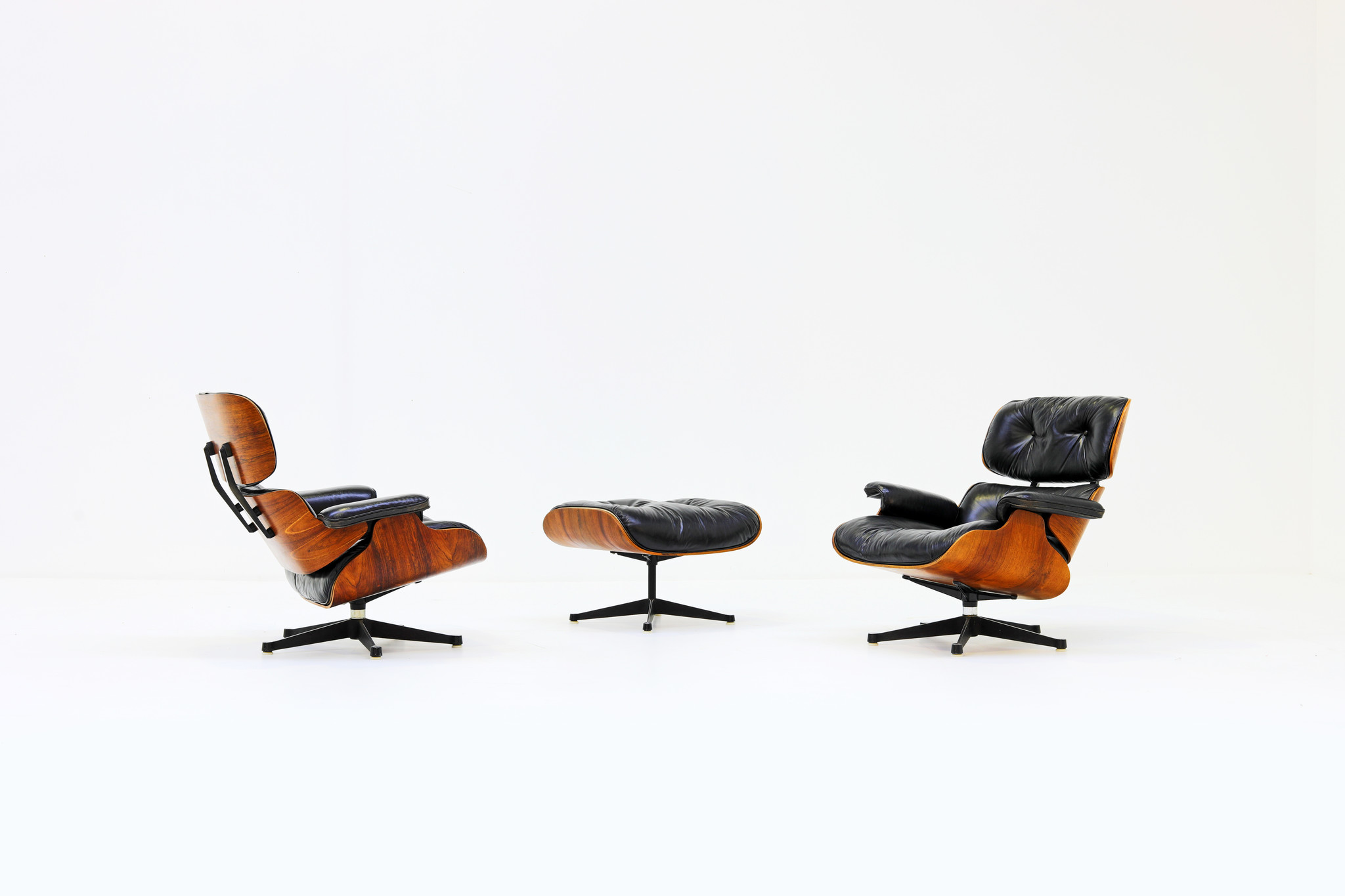 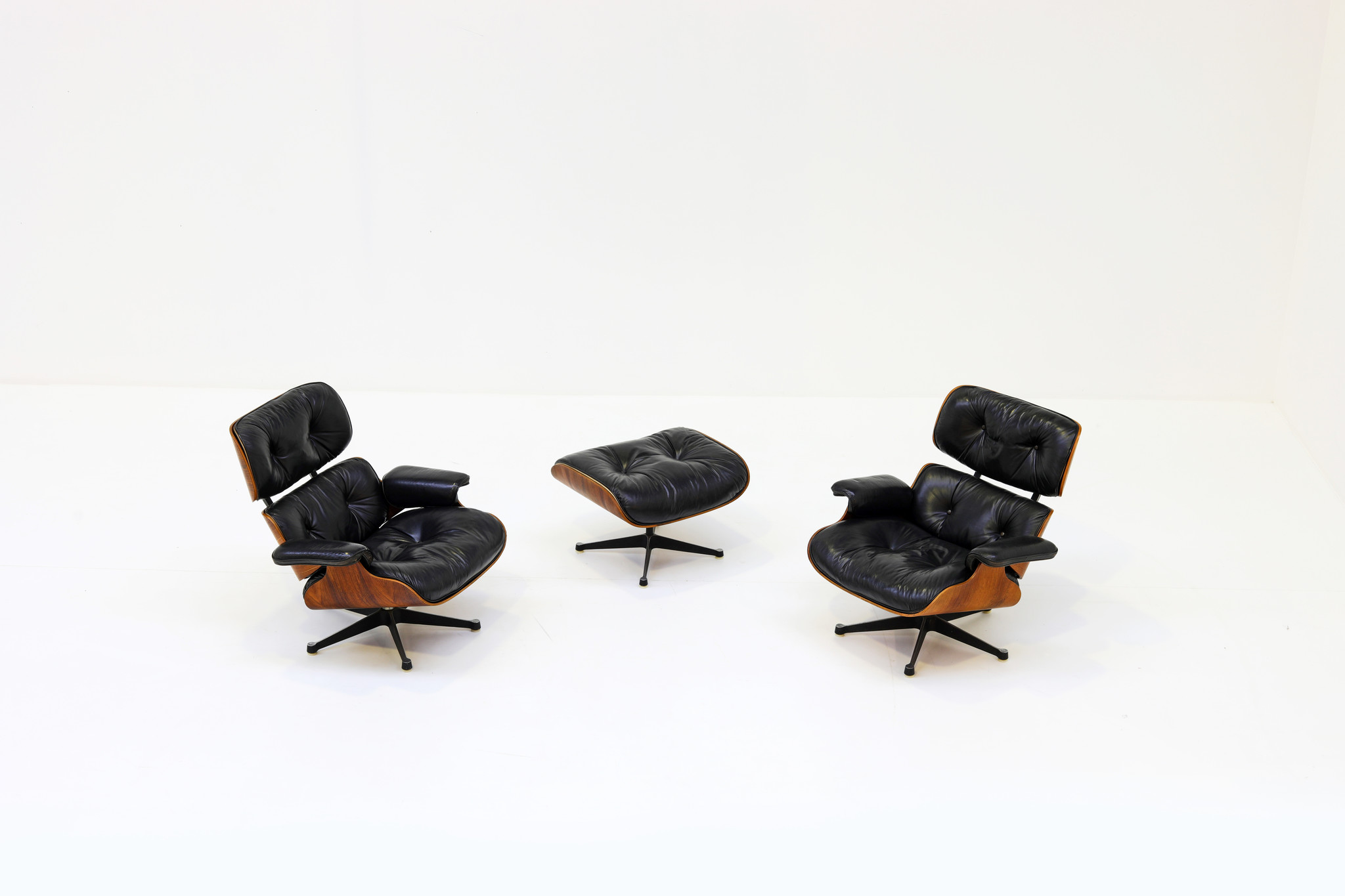 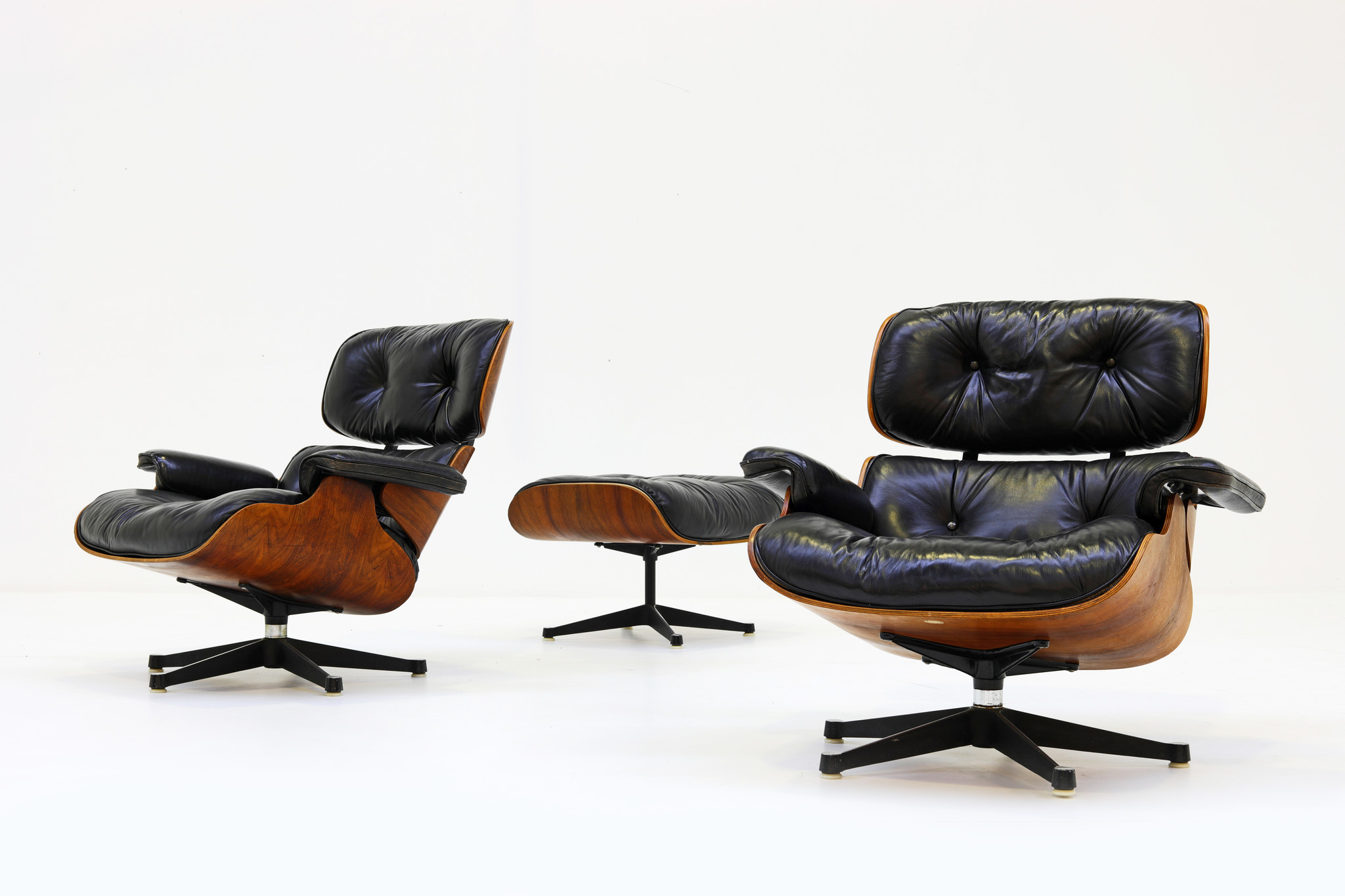 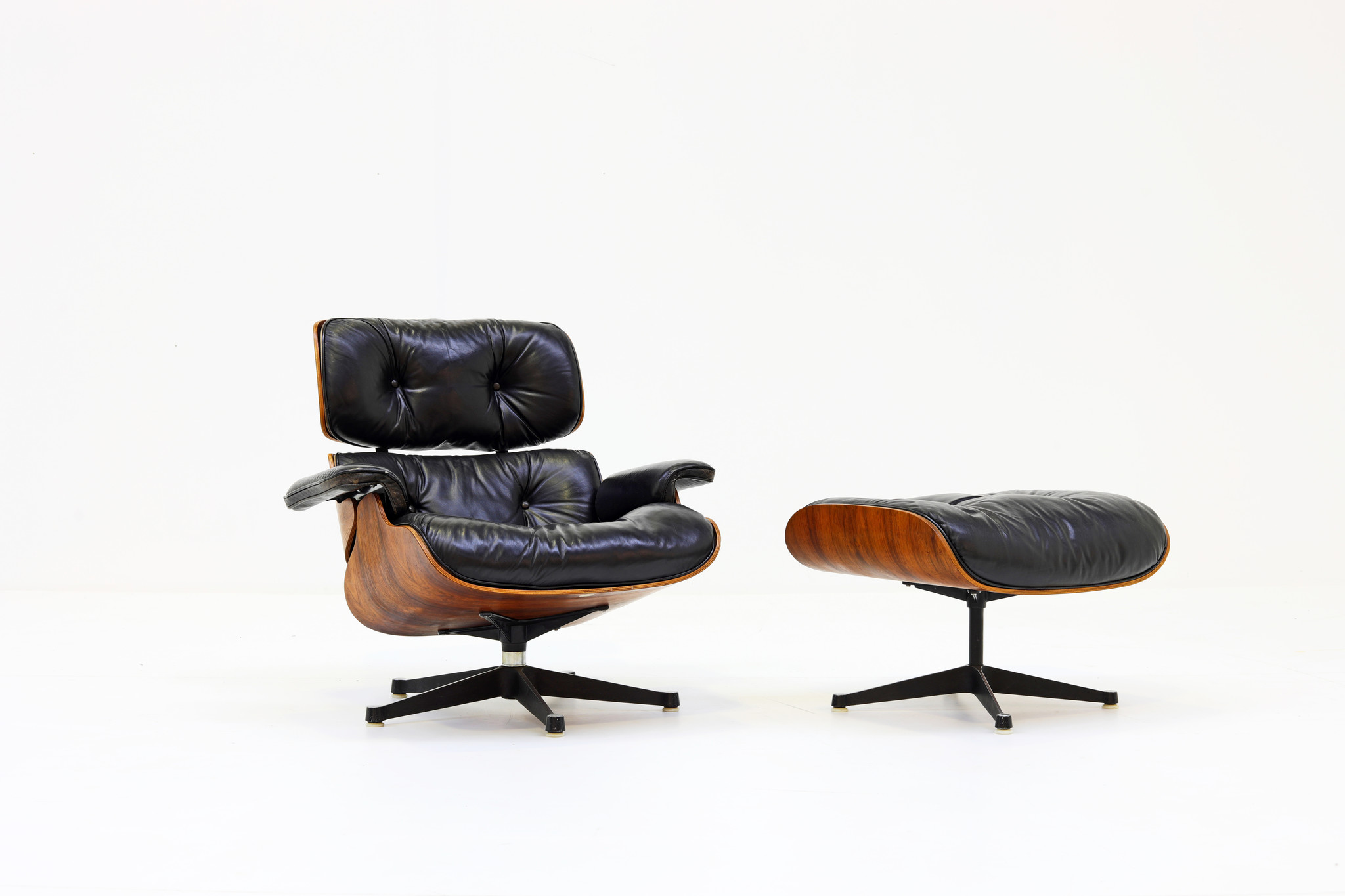 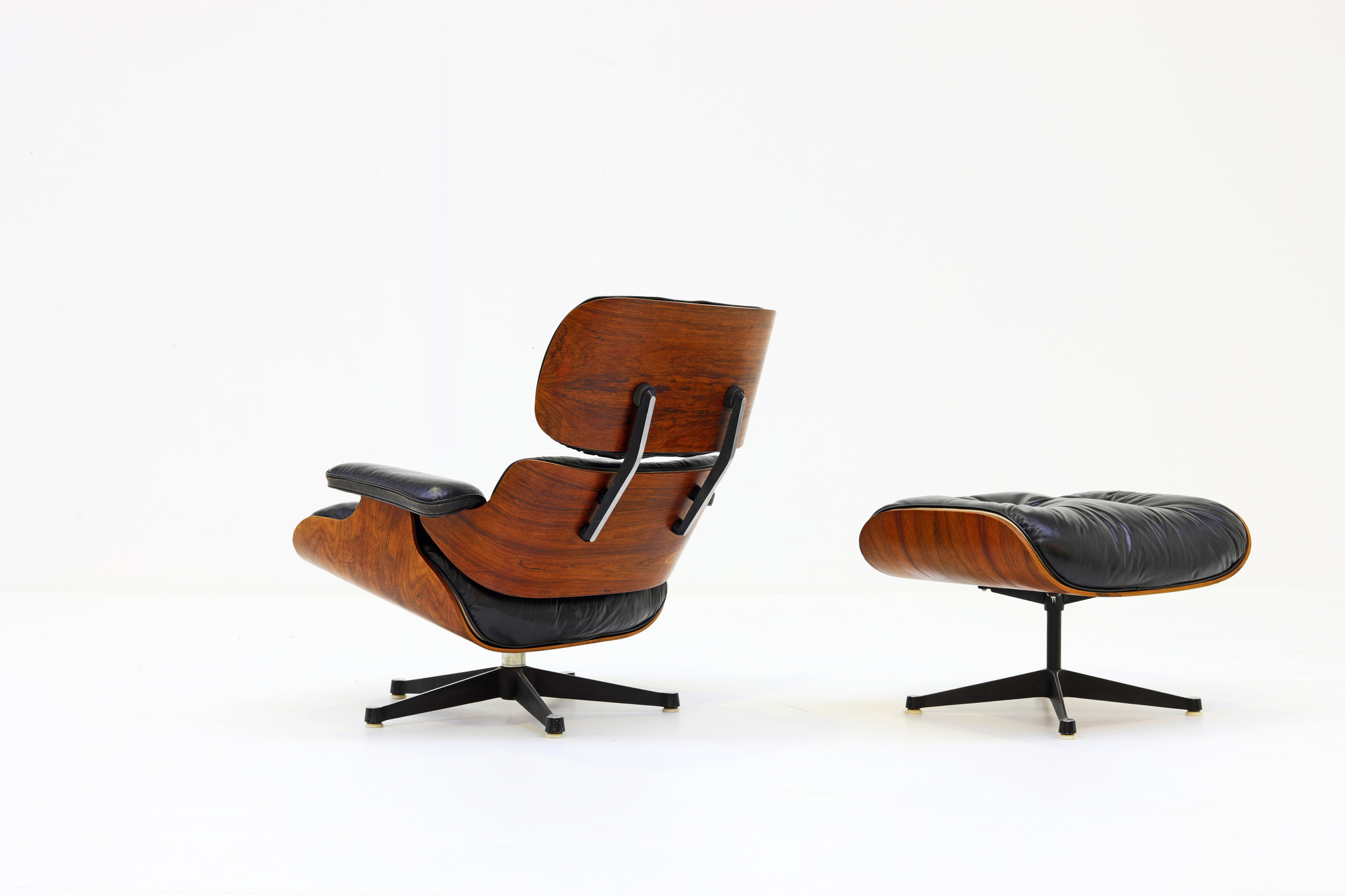 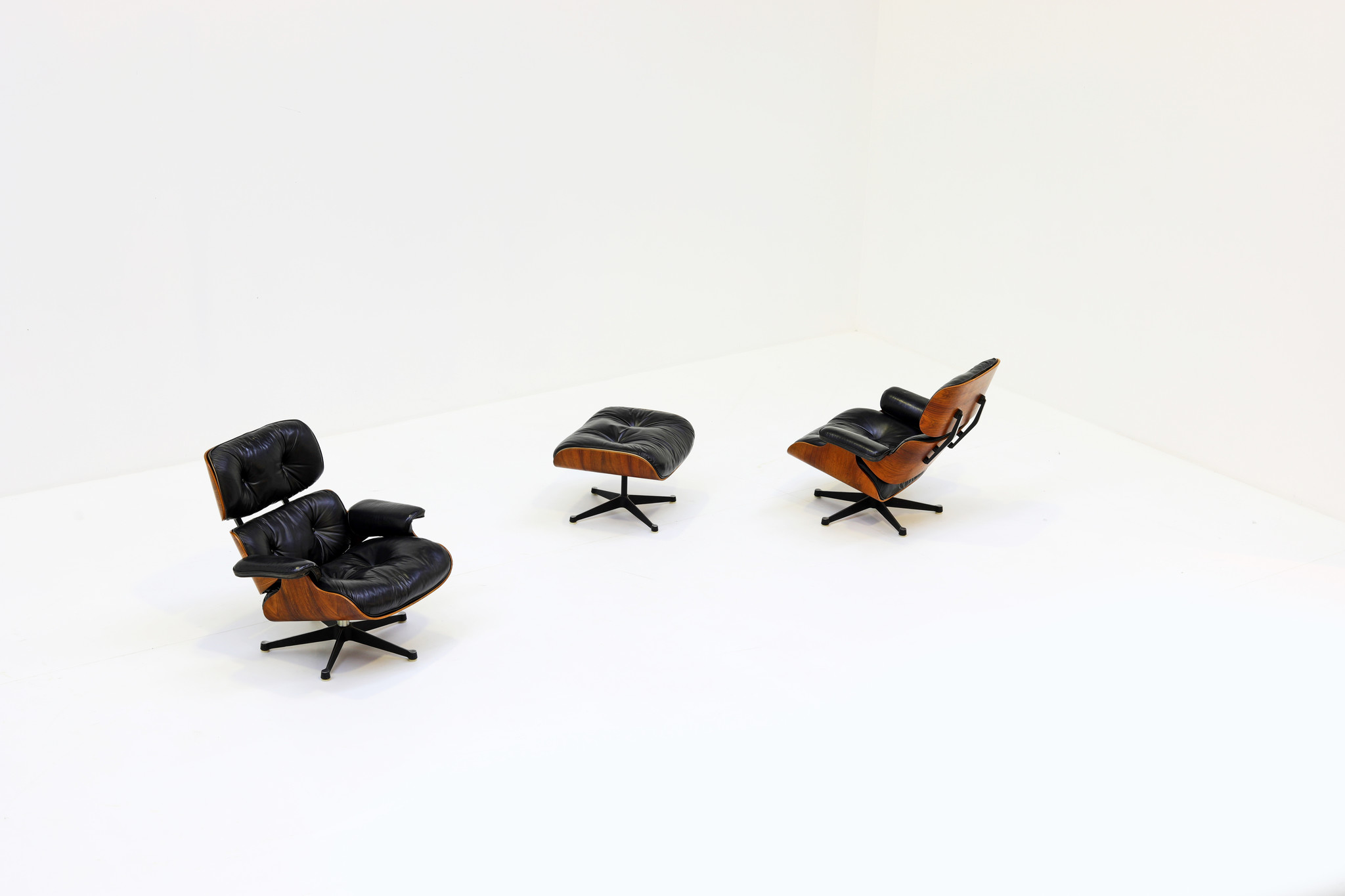 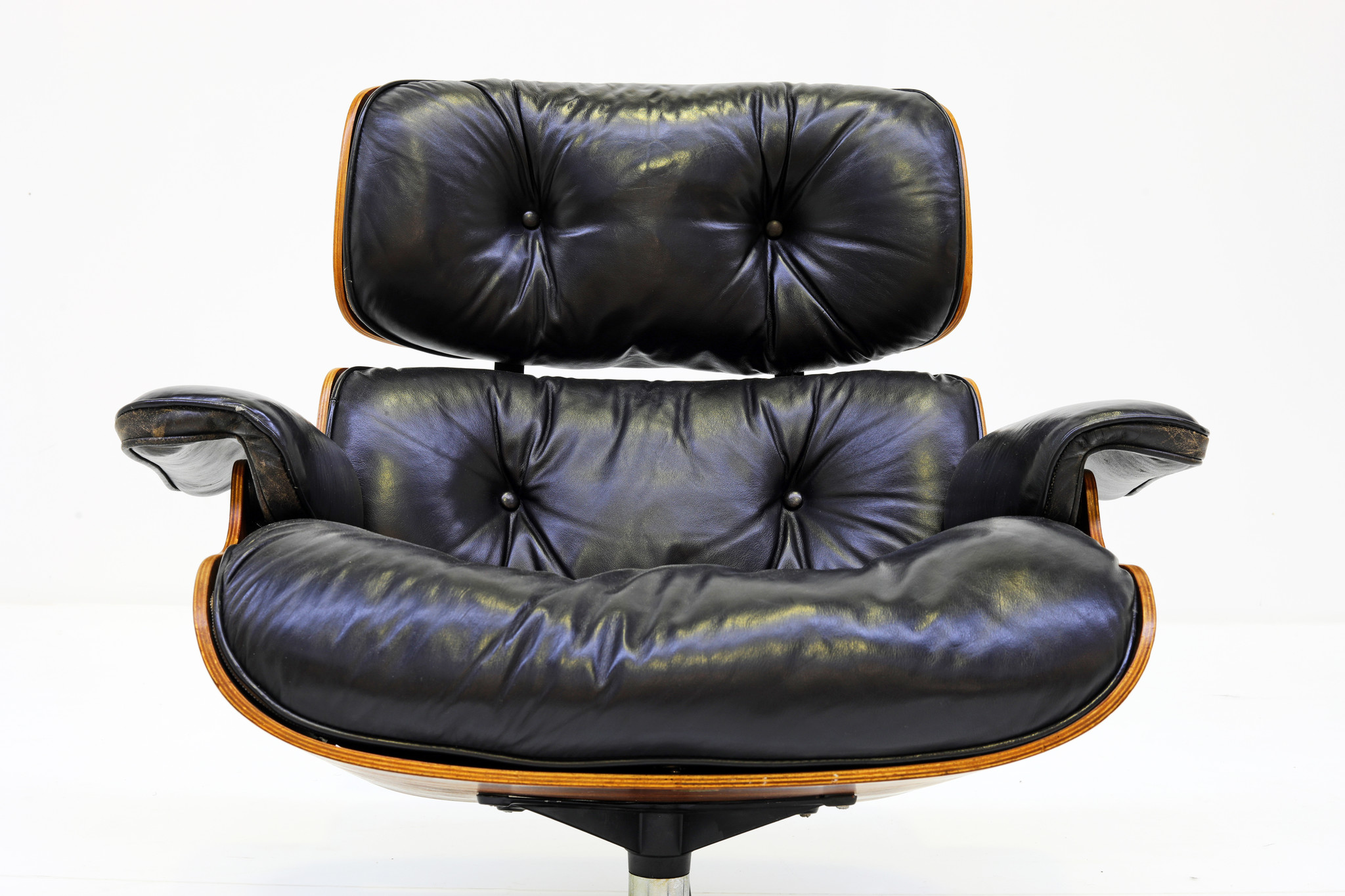 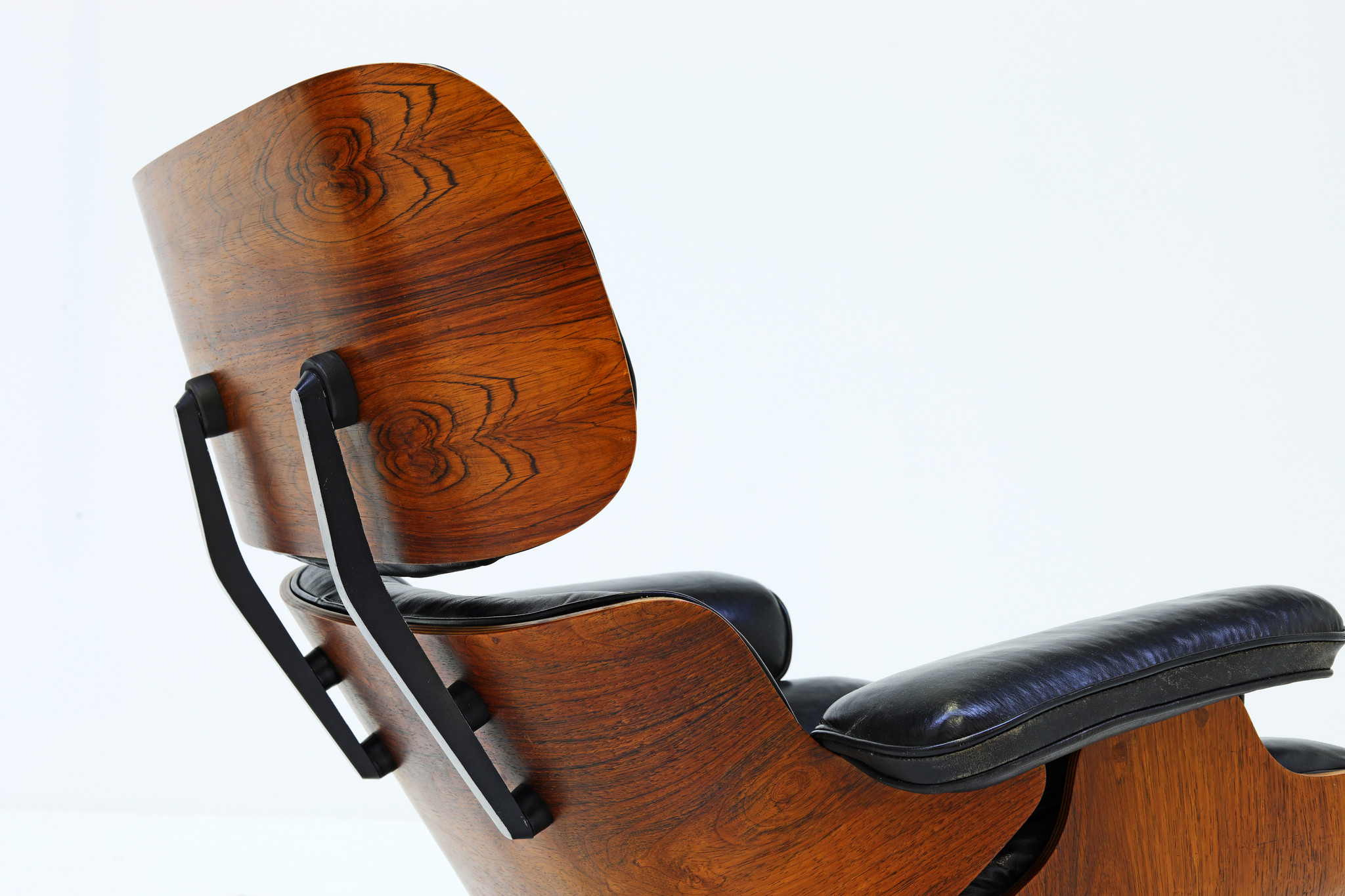 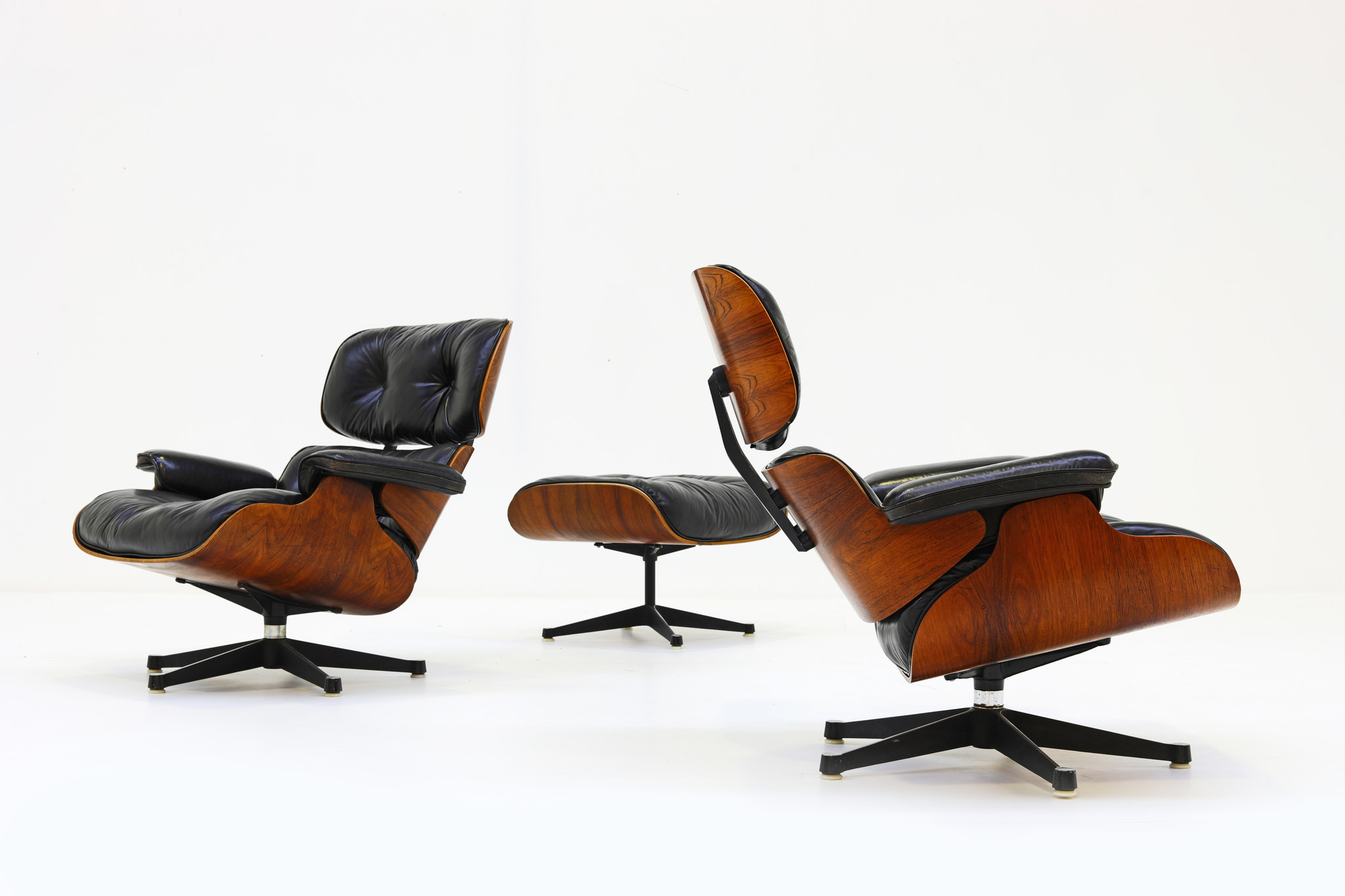 The set consisting of 2 chairs with one footstool was produced under license to Herman Miller in the 1960s and has never been separated.
So it is very exceptional to be able to buy a set from this period with the same patina, wood color and leather type on both chairs.

These Eames lounge chairs are not just any Eames set, but the rare and most sought-after version in Brazilian Rio rosewood produced in the mid-1960s. THESE ARE VERY RARE!

The no less than 60-year-old chairs give character to your interior and adapt seamlessly.

This makes it possible to place 2 Charles Eames chairs next to each other and gives your seating area a unique character, because the patina of the 2 Eames Lounge chairs is the same, they form a beautiful duo in your lounge.

These vintage Eames Lounge Chairs are in exceptional TOP CONDITION

Only for sale as a set. 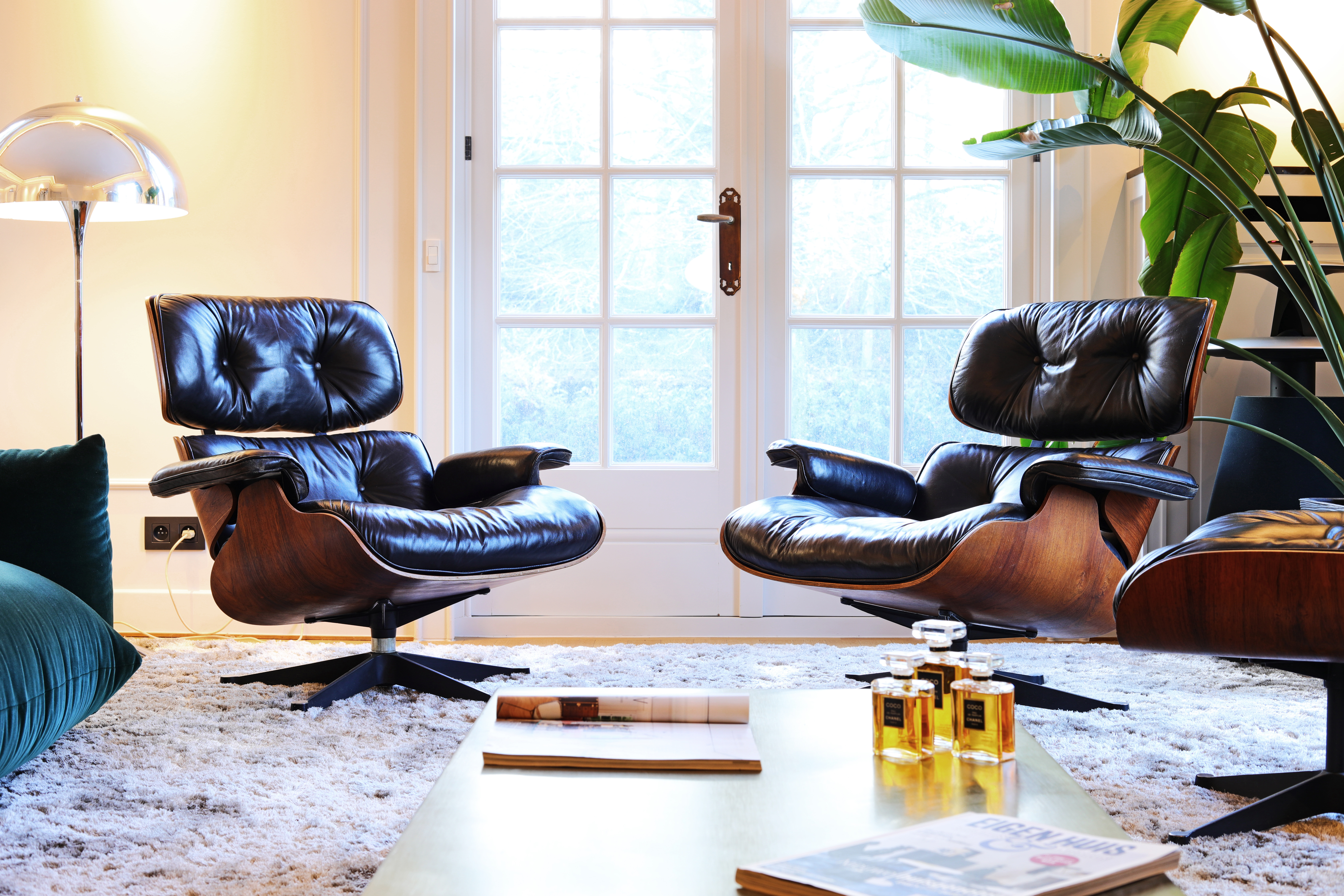 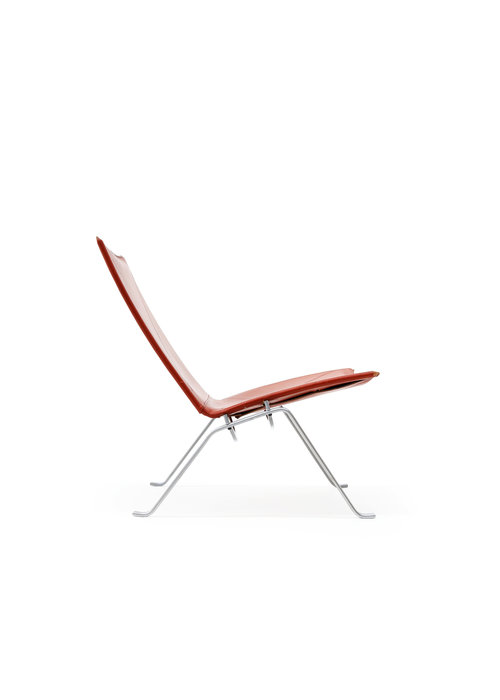 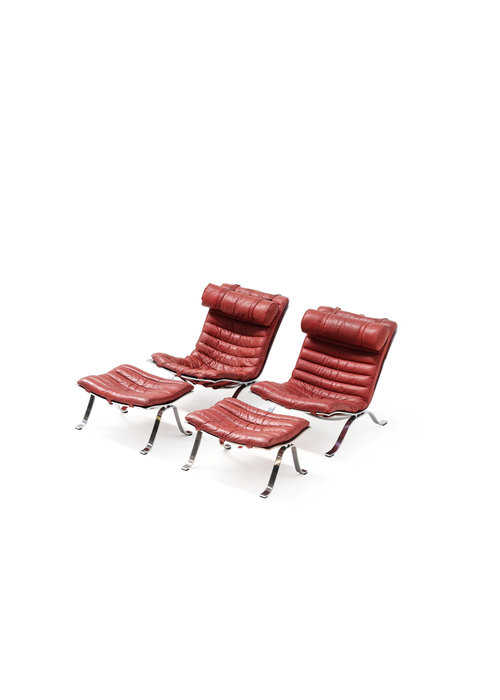 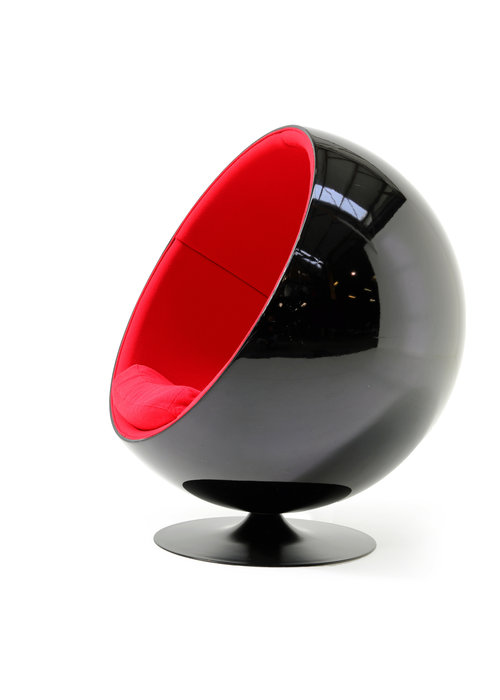 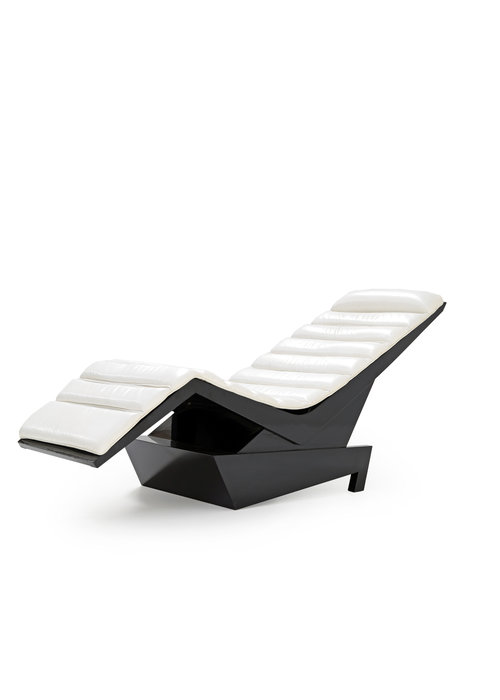 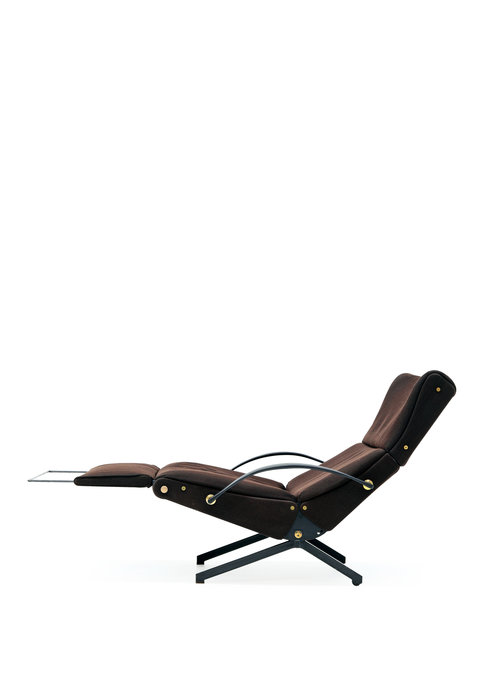 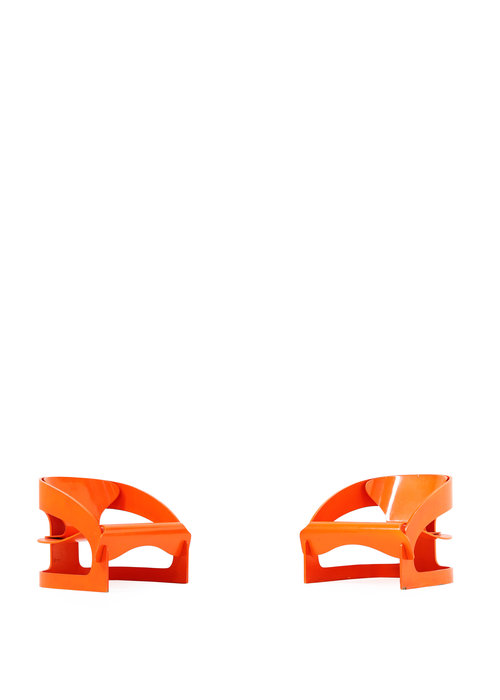 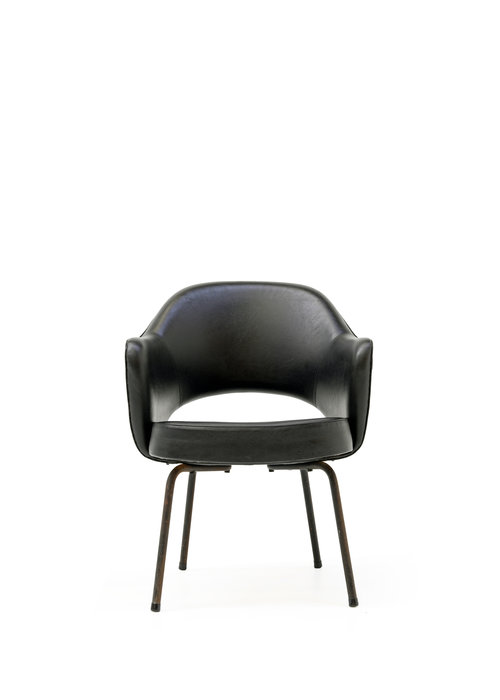 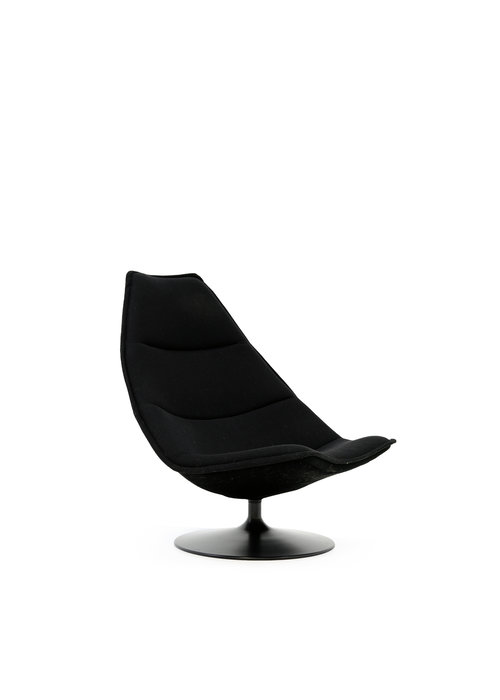 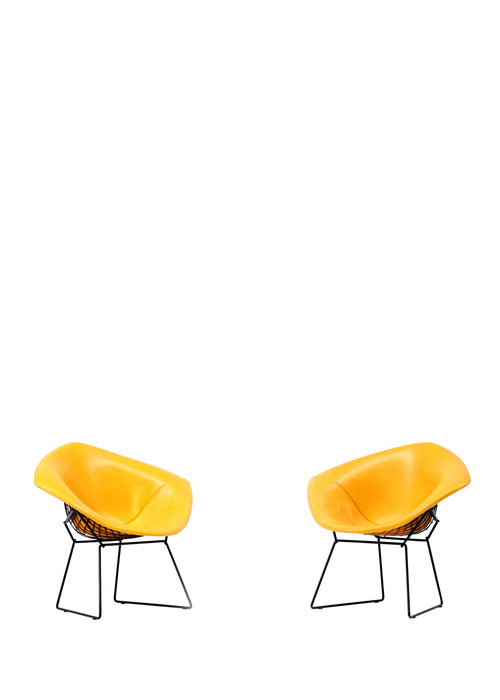 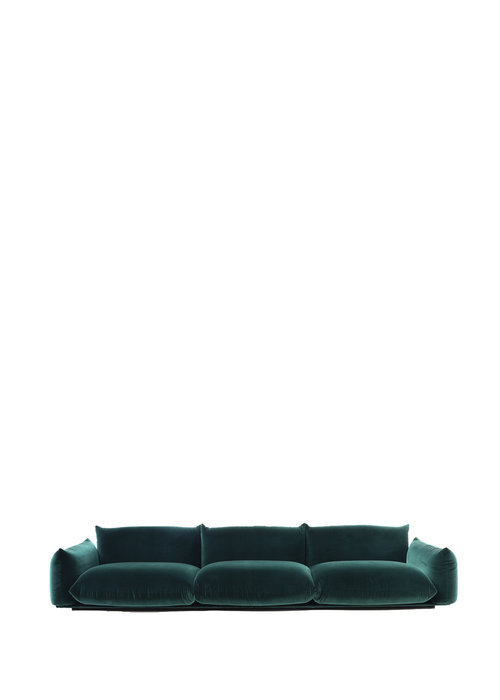